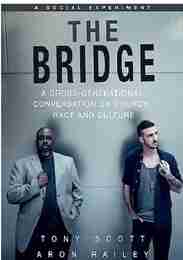 LOS ANGELES – The 2016 election shined a glaring light on a divided America. According to a November 21, 2016 Gallup poll, a record-high 77% of Americans believe the country is split over important values, while 21% see America as united.

Americans are also split on whether President-elect Donald Trump can unite the country with 45% stating they believe he will and 49% believing he will further divide it.

A significant consideration for the faith community is whether these divisions will impact the church. Evangelicals stand at a defining moment in American history to be a voice of healing and unity to a nation wounded by an extremely divisive election.

What is the role of the church in these divisive times and can the church facilitate reconciliation? It was Martin Luther King, Jr. who once said, “At 11 o’clock on Sunday morning when we stand and sing, and Christ has no east or west, we stand at the most segregated hour in this nation. This is tragic.” Two Christian men recently embarked on a unique social experiment to explore their differences. Tony Scott, 49, an African American entrepreneur in Los Angeles and Aron Railey, 24, a Caucasian millennial from Greenville, SC, met in a popular Christian group on Facebook.

Railey traveled to Los Angeles and over the course of 40 days, the two engaged in compelling conversations about politics, church, race, generations and culture. They wrote about the experience in a newly released book titled, “The Bridge: A Cross-Generational Conversation on Church, Race and Culture.”

In this conversational-styled book, Scott and Railey share how to build bridges towards unity, based on their individual experiences and perspectives. They discuss perceived divisions in the church and a growing divide between generations. When asked why they wrote the book, Scott commented, “This election season brought up many ugly and divisive issues, but in these divided times, people will ultimately look to the church as the catalyst for change.”

Railey added, “People shouldn’t be afraid to connect with someone different from them. The bridges built through this experiment prove cultures and generations can unite. We’re all in this life together.”