Rapper’s journey to Christ is now available on Netflix 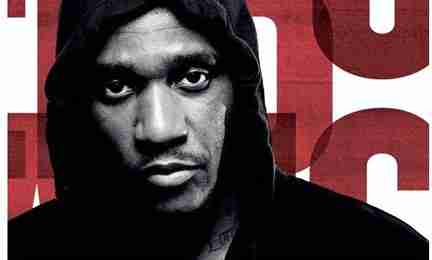 Just in time for the holidays, ”The End of Malice,” is now available to watch on Netflix. Originally released back in March on Revolt TV, the documentary follows the journey of Gene “No Malice” Thornton, former member of pioneering coke-rap group, The Clipse.

The 43-minute film covers his rise to fame, his relationship with Pharrell, what led to his conversion to Christianity and more. No Malice reflects on what led him to renounce coke rap, change his name and embrace Christianity.

“I was always frustrated, always angry and I didn’t know why. If I’d never had money I would have thought my anger stemmed from being broke. But now I had money and tons of it and still was not fulfilled. I had a deep void in my life,” No Malice said.

So he decided to make a change in his life.

Viewers describe the film as powerful. Watching No Malice’s ‘rebirth’ may be just the inspiration we need to make our own changes as we enter the New Year.

For more information on the film, visit www.endofmalice.com.

Previous post Jazz in the Gardens adds poetry, iconic acts to the festival