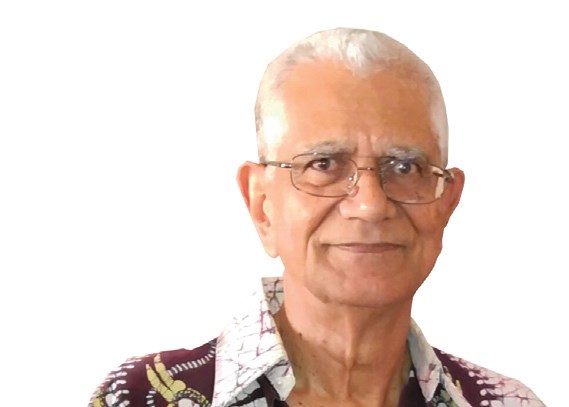 Daytona Beach radio-host Marc Bernier died after being hospitalized for three weeks with COVID-19. Bernier, 65, told a guest on his show in December, “I’m not taking it … Are you kidding me? Mr AntiVax? Jeepers.”

Caleb Wallace, of San Angelo, Texas, created the San Angelo Freedom Defenders to protest Covid-19 mandates and organized a Freedom Rally. He ignored the vaccine in favor of other supposed remedies and died at age 30, a month after being hospitalized with the disease, leaving behind his wife and three children, with a fourth on the way.

Pressley Stutts, an executive committee member of the Greenville County Republican Party and leader of the Greenville Tea Party in South Carolina, died of the disease at age 64 after six days on a ventilator. The day he was placed in the ICU, he posted that COVID-19 was “a deadly bio-weapon perpetrated upon the people of the world by enemies foreign, and perhaps domestic.”

Colorado ﬁtness coach Bill Phillips, 56, refused the vaccine but after a two-month battle with COVID-19, including 47 days intubated and losing 70 pounds, he told television station KUSA, “It’s not a political issue. It’s a public health issue. I made a mistake. … Get the shot. Get the vaccine. Get on with your life. Don’t take chances.”

Still, many skeptics are willing to try anything but the vaccine, including ivermectin, which is used for cattle deworming, despite a Food and Drug Administration warning: “You are not a horse. You are not a cow. Seriously, y’all. Stop it.” That warning came a day after Mississippi ofﬁcials noted an increase in calls to the state’s poison control center. “The drug has found particular traction in conservative circles, promoted by talkshow hosts and Republican lawmakers,” The Washington Post reported. A lawsuit in Ohio over ivermectin’s use ended with a court declaring that “judges are not doctors or nurses/”

Gov. Ron DeSantis barred local authorities from penalizing those who violate mandates, insists that businesses stay open and blocks mask mandates in schools. Instead of promoting the vaccine, he pushes a drug to be taken after infection.

The governor’s insistence that it is a matter of “freedom” brought him into conflict with President Joe Biden, whom he accused of “trying to ﬁnd a way to distract from the failures of his presidency,” adding that he did not “want to hear a blip about covid” from him. DeSantis ridicules Biden’s chief pandemic adviser Dr. Anthony Fauci with campaign fundraising items labeled “Don’t Fauci my Florida.”

Alarmed at a perceived lack of leadership, 145 doctors sent DeSantis a letter calling on him to end his ban on mandatory classroom mask wearing, The Tampa Bay Times reported. “For children ineligible for a vaccine, the only protection they have against COVID-19 is for them to wear a mask, and for those around them to do the same,” the doctors wrote.

Biden ﬁnally took the gloves off last week, announcing sweeping vaccine mandates for all federal employees and contractors, health facilities receiving federal funding and businesses with more than 100 employees. He acted as studies showed that the unvaccinated are 11 times more likely to die of Covid-19 than those who get it and 10 times more likely to be hospitalized. The infection rate among children soared after schools reopened.

Biden decried the “pandemic politics” which “are making people sick, causing unvaccinated people to die.” He added, “There are elected ofﬁcials actively working to undermine the ﬁght against Covid-19. Instead of encouraging people to get vaccinated and mask up, they are ordering mobile morgues for the unvaccinated dying of Covid in their communities. This is totally unacceptable. … The bottom line: We’re going to protect vaccinated workers from unvaccinated coworkers.”

The president knew what he was talking about. “Republicans have been less concerned about the virus, less likely to embrace practices such as masking, more likely to express opposition to vaccination and (obviously) voted more heavily for Trump — and now, after vaccinations have been made broadly available, states that are seeing the most new cases and deaths are states that are less heavily vaccinated and were more supportive of Trump last year,” The Washington Post reported. “All of that is obviously and provably true, making it much harder to assert that politics is not playing any role.”

DeSantis and his colleagues have obviously been putting the economy ahead of public health, relying on the discredited theory of “herd immunity” which then President Donald Trump’s health adviser Scott Atlas promulgated a year ago: that once enough people are infected, the virus will stop spreading. But the price has been steep. As of the end of last week, COVID-19 had infected 3,418,160 Floridians, killed 48,283 and sent 12,222 to hospital, 2,885 of them to the ICU, The Miami Herald reported.

Unsurprisingly, therefore, it is the governors of many of those states who quickly vowed to challenge Biden’s tough new mandates directed at 80 million Americans. Common sense would dictate that, in a national emergency, political leaders would rally to defeat any threat to the nation’s well-being. Including from deadly diseases. But not necessarily.

There is a well-worn story that if a frog is put in water that gradually boils, it will not try to jump out and would be slowly boiled to death. There are some leaders who evidently have no qualms about putting their supporters in just such a predicament to score political points.

Wikipedia explains that “the term “boiling frog syndrome” is a metaphor used to describe the failure to act against a problematic situation which will increase in severity until reaching catastrophic proportions.”

Evidently, Biden is trying to extinguish the ﬁre under the pot. It is part of his job to do so. But it won’t be surprising that if the water is not boiling there are those who would simply prefer to drown. Anything but the vaccine, right?