Nitty Gritty On Our Ancestors: How Scientists Are Recovering Human DNA From 2,000-Year-Old Head Lice 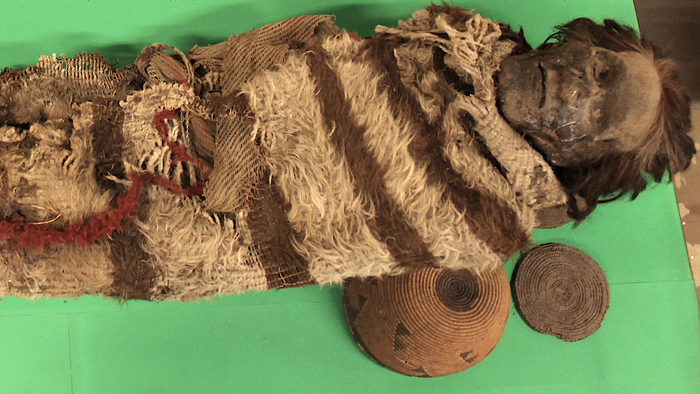 Scientists have revealed important data about the ancient Americas by extracting DNA preserved by head lice thousands of years ago on South American mummies.

For the first time, researchers have extracted human DNA from the cement head lice use to attach their tiny nits, or eggs, to human hair. An international team recovered DNA from mummified remains found in Argentina and dated to 1,500 to 2,000 years ago, and it is of much better quality than DNA obtained by other methods.

“Like the fictional story of mosquitos encased in amber in the film ‘Jurassic Park’ carrying the DNA of the dinosaur host, we have shown that our genetic information can be preserved by the sticky substance produced by head lice on our hair. In addition to genetics, lice biology can provide valuable clues about how people lived and died thousands of years ago,” said Alejandra Perotti of Reading University in England, co-author of the study published in Molecular Biology and Evolution.

“Demand for DNA samples from ancient human remains has grown in recent years as we seek to understand migration and diversity in ancient human populations. Head lice have accompanied humans throughout their entire existence, so this new method could open the door to a goldmine of information about our ancestors, while preserving unique specimens,” she said.

The best samples of ancient DNA have typically been taken from the skull or teeth. These are sometimes unavailable, and ethical objections have been raised about disturbing ancient remains of indigenous peoples. DNA sampling can also severely damage sample tissue, preventing continued scientific analysis.

Recording DNA from nit cement offers a solution, according to the study’s authors, because it is found in the hair and on the clothing of well-preserved mummies. The nit cement samples were found to contain the same concentration of DNA as a tooth, double that of bone, and four times that recovered from blood inside far more recent lice specimens. This is because the cement left by the female lice also encased skin cells.

The mummified remains belonged to the ancient people of the Andes Mountains in the San Juan province of Argentina. The research team also examined nits found on human hair woven into an ancient textile from Chile, as well as from a shrunken head from the headhunting Jivaro people of Ecuador.

In another discovery, the earliest direct evidence of Merkel cell polymavirus was found in nit cement recovered from one of the mummies. First described in 2008, the virus is shed by human skin and may sometimes cause skin cancer. The new study shows that head lice may be a vector for the virus.

“The high amount of DNA yield from these nit cements really came as a surprise to us, and it was striking to me that such small amounts could still give us all this information about who these people were, and how the lice related to other lice species but also giving us hints to possible viral diseases,” said first author Mikkel Winther Pedersen, a professor at the University of Copenhagen.

The sampled DNA was able to reveal the sex of the human hosts, along with the fact that each of the deceased belong to the founding mitochondrial lineages in South America. The study also showed that the original inhabitants of San Juan were migrants from Amazonian rainforests south of modern Colombia and Venezuela.

“There is a hunt out for alternative sources of ancient human DNA and nit cement might be one of those alternatives. I believe that future studies are needed before we really unravel this potential,” Pedersen said.

The post Nitty Gritty On Our Ancestors: How Scientists Are Recovering Human DNA From 2,000-Year-Old Head Lice appeared first on Zenger News.

Next post Scientists Develop Method To Harvest Electricity From Seaweed