Leslie Odom Jr. might be known primarily for singing other people’s music but that’s no longer the case.

The Tony- and Grammy-winner has released his first album of all-original material, the 13-track “Mr.” When he recently performed a clutch of the songs to a live audience in New York he had difficulty explaining how it felt.

“I don’t quite have words for it, but I will say it was it wasn’t like anything that I’ve expressed before and I was thrown by it. I didn’t know that it would feel that way,” he said.

“There’s just something corseted when you’re handling someone elses material.” Now, he adds, “There’s no corset.”

“Mr,” with songwriting help from Rafael Casal, is a complex and fascinating collection of jazz, R&B and pop, featuring a vocalist able to purr one moment and soar the next. Odom said he felt that his third album had to encompass all his interests after putting out jazz and Christmas collections.

“I did feel like this needed to be an introduction,” he said. That’s why in part the styles are so varied, because that’s what I like to sing. So I really do feel like all of me is on this record.”

The album is a family affair, with his wife, the stage and screen actress and singer Nicolette Robinson, providing backing vocals for four tracks and his grandmother, Eva Mae Odom, reciting Henry Wadsworth Longfellow’s poem “A Psalm of Life.” Gleeful laughter is heard from his toddler baby, Lucy. Odom got the iPhone sound of dad tossing her into the air to be threaded into two songs.

“I wanted to include as much of my life and the people who make me who I am on some level. I wanted to sew them into the tapestry if I could,” he said.

Some of the highlights include the exuberant Broadway-ish “Hummingbird” (his daughter’s favorite) and the thoughtful and complex “Remember Black,” a sonic tour of the African American contribution to American culture. Then there are the songs that Odom clearly had his wife in mind — “u r my everything” and “Go Crazy.”

Odom said he gingerly asked his spouse to be part of the album. She was always the first person he shared his demos with, but he wasn’t sure if she wanted to sing backup.

“My wife is a star,” he said, laughing. “She’s not the background in my foreground in any way. I didn’t know if she’d be willing to sing background. I just wanted her to know, ‘It’s not that I think you’re less. It’s just that I want you there.’”

Odom’s favorite song on the album is one he didn’t write. It’s not even a song, really – it’s his grandmother’s contribution. She had memorized Longfellow’s poem in the fourth grade and her grandson would often ask her to recite it for him. He videoed her speaking it earlier this year in a hospital at the end of her life.

“It was the last time my grandmother ever read me that poem. And so I got to include her, too, which is so meaningful to me. That is my favorite track on the album. It kind of stops me dead in my tracks.”

S-Curve Records founder and CEO Steve Greenberg, who is an executive producer and co-wrote two tracks, said Odom had a clear conception of how he wanted the album to sound and said he and the songwriters were inspired by the film “Blindspotting.” The CD starts with the jazzy “Stronger Magic” but halfway through the song, it veers into other territory, including adopting a trap beat.

“That was on purpose. It was kind of to say, `OK, you think you’re getting this. But I’m actually going to take you on a journey that you might not have expected you were going on,”’ he said.

“Because he’s such a great singer, he actually can take to a very unexpected and even unorthodox place. Because he’s singing so beautifully, you’re willing to give him the benefit of the doubt and go there with him” In addition to music, Odom’s acting credits include TV work in “Smash” and “CSI: Miami,” on film in “Red Tails,” and on Broadway in “Leap of Faith,” and he became the youngest person ever cast in the Broadway company of “Rent” at 17. He made his breakthrough playing Aaron Burr in the original cast of the megahit “Hamilton.” (In a weird twist, Odom’s album comes out just as two of his “Hamilton” family – Daveed Diggs and Anthony Ramos – also put out new music.) 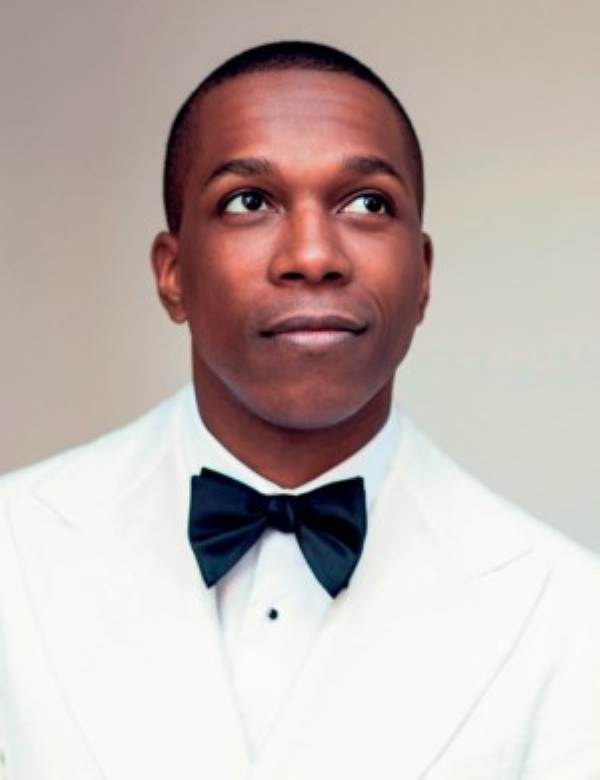 Odom is next to star in a prequel of “The Sopranos” called “Newark,” and this fall costarred opposite Cynthia Erivo and Janelle Monae in “Harriet,” the biopic of Harriet Tubman and her Underground Railroad safe houses.

“Harriet” has been criticized for everything from the casting of British actress Erivo (who happens to be the godmother of Odom’s daughter) to the film’s supposed white savior narrative, prompting the creation of the #NotMyHarriet hashtag. Odom, who plays the abolitionist William Still, isn’t bitter from the sniping and welcomes honest feedback.

“This is the first major motion picture about Harriet Tubman, but I don’t think it”ll be the last and there’s no reason why it has to be the last. It doesn’t have to be the definitive telling.”

Odom plans to tour with the new songs next year and, in the spirit of “Harriet,” hopes to hear from fans – about what they like or not. “I’m always willing to have people tell me the truth, but I hope that they do it in love. Tell me the truth about what I made.”

Next post Grocery-carrying robots coming. Do we need them?