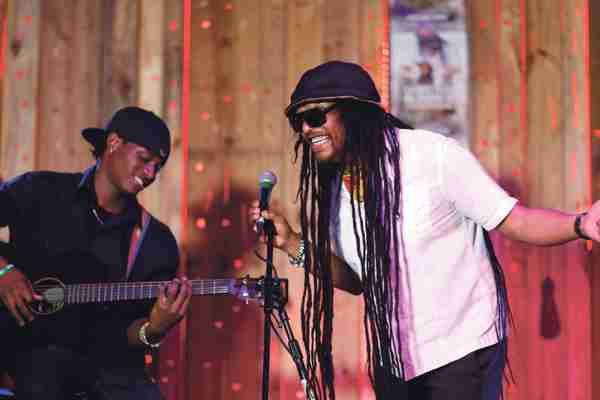 FORT LAUDERDALE — In a corner near the back door Maxi Priest holds confessions or so it seems. A patient group of fans, both men and women – OK mostly women-crowd Maxi as he perches on a bar stool signing his new CD, Easy to Love, and posing for usies with fans.

This was the scene at Stache, a self-named drinking den in Fort Lauderdale last Tuesday. Priest rolled into town from Atlanta, where he had an album launch and fallen sick. Tuesday evening he was feeling much better. “This,” looking around hands outstretched toward the crowd, “fuels me,” Priest said. 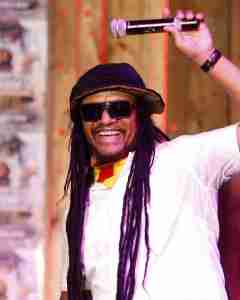 The Priest is preaching romance, seduction and looking out for women as he has always done in his music. There is something for everyone on the 11-track CD: lovers’ rock, R&B, some dancehall with a gospel flair.

The tract Without A Woman featuring Beres Hammond is a tribute to women, a conscious decision to elevate rather than denigrate women, as is the norm in most music genres.

“This song is an appreciation for all women and a gift from the artists,” says Priest. “Sometimes we forget to simply say ‘thank you’ – as without you, there is no us.”

British-born, Priest, from Jamaican descent, credits his upbringing for molding him into the artist he has become.

“First and foremost, I’m from a church background,” he explains. “My mother, a missionary, is where I would hear the beautiful sound of gospel, mixed in with reggae music that my older brothers played around the house. My sisters were into the Jackson Five, The Beatles, Al Green, etc. From an early age my family always encouraged me… I listened to all kinds of vocalists… Frank Sinatra, Elvis Presley, Sam Cooke, Dennis Brown… without realizing it, I was developing my craft. I was taught never to limit myself – that’s why you’ll always find different styles of music on my albums, and a range of producers to bring out different aspects of my creativity.”

Though it has been years – he said nine, his publicity material says five and media outlets have reported seven – since he released an album, Priest said he has always been a blessed artist. “For me, there has been no struggle.”

He was watching the landscape he said, watching to see how technology would affect the business. And then it was time. Time to return to the fans.

“The folks give me energy,” Priest said.

Previous post ‘The Giver’ arrives, after a two-decade journey