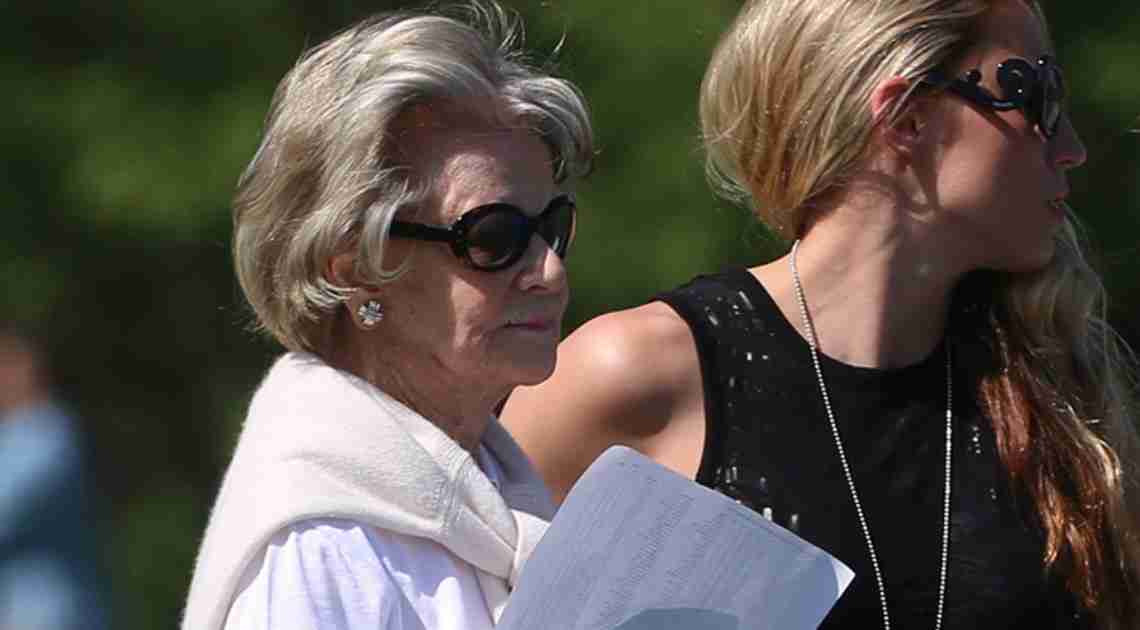 ALLEN PARK, Mich. (AP) _ Martha Firestone Ford’s presence around the Detroit Lions has been noticeable to members of the team, even as she remains largely out of the public eye.

“She comes to practice often, as you can see,” coach Jim Caldwell said. “We talk periodically. One of the things you’ll find out very, very quickly is that she knows football. She reads it, she studies, she knows what’s going on, knows the team. So, most often it’s questions about maybe a player that we’ve discussed, but she does a great job. She’s on top of everything.”

Ford was at practice Tuesday, the first day of Lions minicamp, and she spoke to reporters afterward, the first time she’s done that in a formal setting since taking over the team last year following the death of her husband. William Clay Ford died in March 2014, and Martha Ford took over his controlling interest in the team.

“I’ve been to every away game along with the ones here. I really enjoy it. It’s been part of my life,” she said. “I’ve been there and involved. I’m loving it.”

Ford said she’s hoping for more of the same after the team’s playoff appearance last season. The Lions have to replace star defensive tackle Ndamukong Suh. They traded for defensive lineman Haloti Ngata, and he was at practice Tuesday, but Suh’s departure via free agency was felt throughout the organization.

“I was disappointed because he was such a nice person and such a good player,” Ford said. “I did talk to him and I said I told him I was his fan and I would like to have him back. About two weeks later he left.”

But free agency hasn’t been a one-way street for Detroit. The Lions signed wide receiver Golden Tate before last season, and he came through with his best season as a pro: 99 catches for 1,331 yards and four touchdowns.

Tate said after he was picked for the Pro Bowl, he received a typed letter from Ford.

“I get an envelope from the Detroit Lions, and I’m thinking, `Oh man, am I getting fined for something?”’ Tate said. “It was just a very, very nice, considerate note that she’d wrote.”

Tate said Ford’s appearances at events like practices and games are appreciated.

“We know her plate’s full with other things to do,” he said. “It’s really important, and I definitely notice it. I’m happy that she’s here in the flesh with us, and being a part of something special.”

NOTES: DL Jason Jones was not at practice. Caldwell said he had an excused absence. … Caldwell said T Cornelius Lucas has “a bit of a nick” and will not practice this week. … RB Ameer Abdullah, the team’s second-round draft pick, has impressed so far. “He’s a hard worker. He studies extremely well, he’s diligent in his process, he’s disciplined and he has talent on top of that,” Caldwell said. “You can see he’s quick and, obviously, he’s able to catch the ball for us. So, his progression has been good. He’s coming along. He’s not going through practice without any mistakes, but he is making very few.”