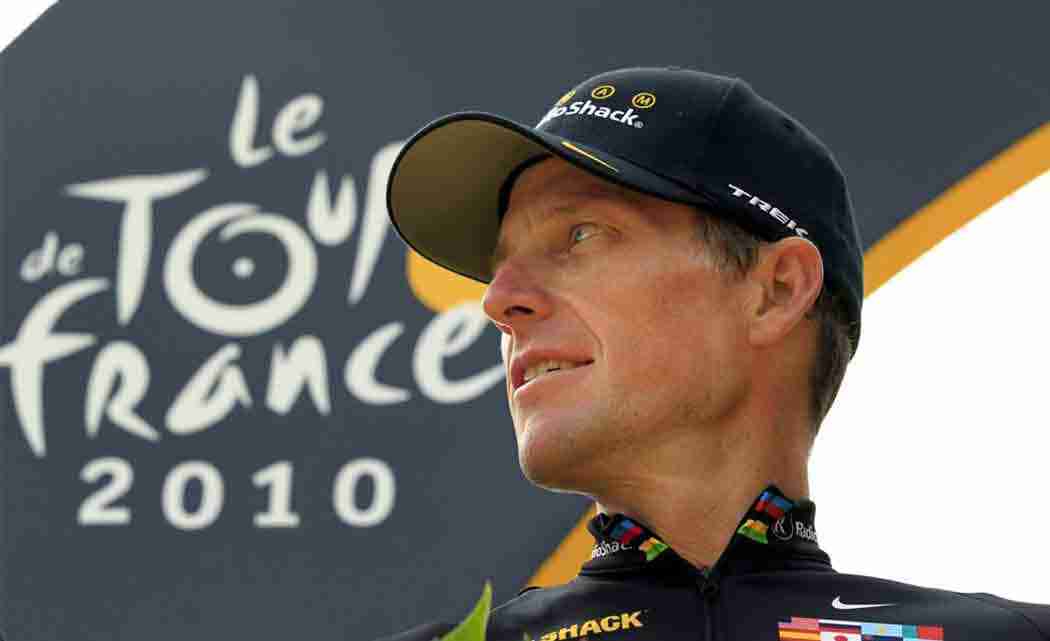 LONDON — The head of world cycling urged Lance Armstrong on Tuesday to abandon “disrespectful” plans to ride part of the Tour de France route for charity a day before the professional peloton.

International Cycling Union President Brian Cookson warned cycling’s showpiece event risked being undermined by the appearance of Armstrong, who was stripped of his seven Tour titles for doping on every one of his wins from 1999-2005.

Armstrong was approached with the idea by a former English soccer player, who is trying to raise $1.5 million for the fight against blood cancer.

Although the U.S. Anti-Doping Agency, which imposed a life ban from cycling on Armstrong, has no objection to the plan, the UCI wants the disgraced rider to stay away from the sport.

“Just the very fact he’s going to be there for some or all of it is going to detract and distract from the Tour de France itself, and the current riders … and from current efforts to get over the problems that Lance and his colleagues caused in that era.”

Armstrong plans to ride for “just a couple of days” in France, the cyclist’s spokesman, Mark Higgins, told the AP.

At the Sport Industry Breakfast Club, Cookson said the fact the testicular cancer survivor’s appearance would raise money for charity was no reason to embrace the ride.

“I’ve heard that reason rolled out throughout Lance Armstrong’s career as well,” Cookson told the event.

While doping, Armstrong founded the Livestrong charity, which raised money for cancer research, and became a $500 million organization with an international brand. After the USADA report in 2012 exposed performance-enhancing drug use by Armstrong and his U.S. Postal Service team, the American rider left Livestrong.

Now, with his reputation in ruins, Armstrong is turning his focus back to fundraising through cycling.

“There are other ways in which Lance could perhaps raise funds for cancer charities which I know are close to his heart,” Cookson said. “Doing it in such close association with the Tour de France is a bad idea … I’m asking him not to do it.”

Geoff Thomas, the former England soccer player behind the French ride, said he was inspired by Armstrong’s recovery from cancer while being treated for blood cancer himself a decade ago. Armstrong presented a BBC award to Thomas in 2005 after the former Crystal Palace and Crewe player first followed the Tour de France route with a charity ride.

“We have stayed in touch intermittently … and have had occasional chats over the last year about how he might support my charity endeavors,” Thomas said in a statement posted to his Twitter account on Tuesday. “I went to see him a few weeks ago at his home in Austin and he genuinely wants to help improve the situation of those with blood cancer.”

The ride is closely associating itself with the main race by calling itself “Le Tour – One Day Ahead.”

“If Armstrong’s involvement … and my goal to raise one million pounds for blood cancer can help save one more life then surely that can only be a good thing,” Thomas said.

Next post Jussie Smollett: My mom's a super fan of Fox's 'Empire,' too