Education destroys the grip of homelessness 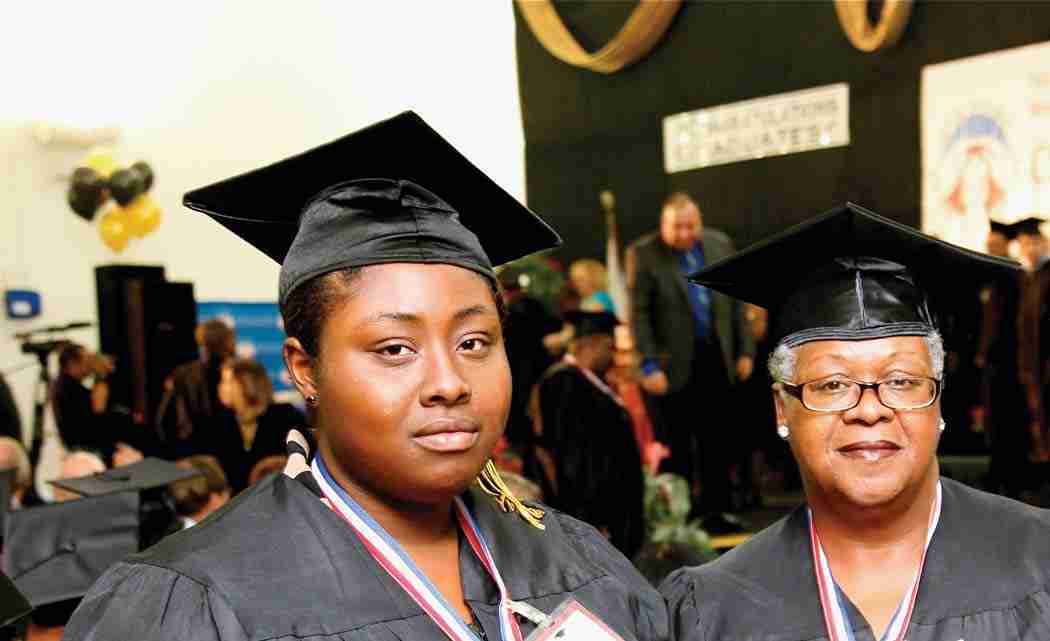 When they came to Miami from Las Vegas in 2014, Robin Gottschalk and her pregnant daughter Crystal Gottschalk were looking for a new beginning. Robin couldn’t find a job and relatives convinced her she’d have a better chance in Miami. Six weeks later they were walking in the streets with nowhere to go.

Robin and Crystal were two of more than 150 men and women who graduated during a special ceremony on Saturday from special programs offered by the Miami Rescue Mission designed to help the previously homeless regain the skills and resources needed to get off the streets.

“Now, I’m working full-time and my daughter is working part-time and going to school at Miami-Dade,” said Robin, 56, who lives with Crystal, 20, and her son, Hezekiah I, in housing provided by the mission.

With the theme, “Diamonds in the Rough,” the ceremony encouraged graduates to dream. “I don’t care how old you are. You’re never too old to learn. Just look around. Inspiration is all around,” said keynote speaker Palm Beach County Mayor Priscilla Taylor.

For Robin and Crystal, that inspiration came from their faith in God.

After leaving their relatives, they were taken in by the Sisters of Charity in Miami and told they could only stay for three weeks. Meanwhile, Crystal was due to give birth. On their last day with the sisters, she went into labor and spent the next four days in the hospital. Desperate, Robin called a hotline hoping to get shelter if not for herself, at least for Crystal and her newborn son. On the last day in the hospital a van came to pick up Crystal and Hezekiah but Robin was to be left behind.

She backed away from the van as it pulled away wondering what she would do next. Then, the van came back around and the driver signaled to her to come back. Crystal had pleaded with them not to leave her mother behind and they went back for her.

“I got in and we all just started crying, Crystal was crying, I was crying, the driver, everybody was just crying,” she said.

They arrived at the rescue mission and Crystal and her son were taken to an upstairs area for families while Robin was downstairs in an area for overnighters. Eventually, however, she was taken upstairs and the three of them called the mission home until the first week of January when they moved into their two-bedroom home in Allapattah.

“One thing I have to say, other places considered us two separate families because Crystal is over 18. But not here. They see us as one family and wanted to keep us together,” said Robin.

Crystal added, “I was glad we were together even though it was hard living like that with so many different people. It’s constant change. But, I had my mom and I had God. I just kept going because I know that God is always with me.”

Holding on to God is a foundational truth for the mission and it was highlighted in every aspect of the graduation.

The Miami Rescue Mission, along with its Broward outreach centers, is a non-profit organization that provides food, shelter, job training and other services to the homeless of South Florida with locations in Miami, Hollywood and Pompano Beach, Florida.