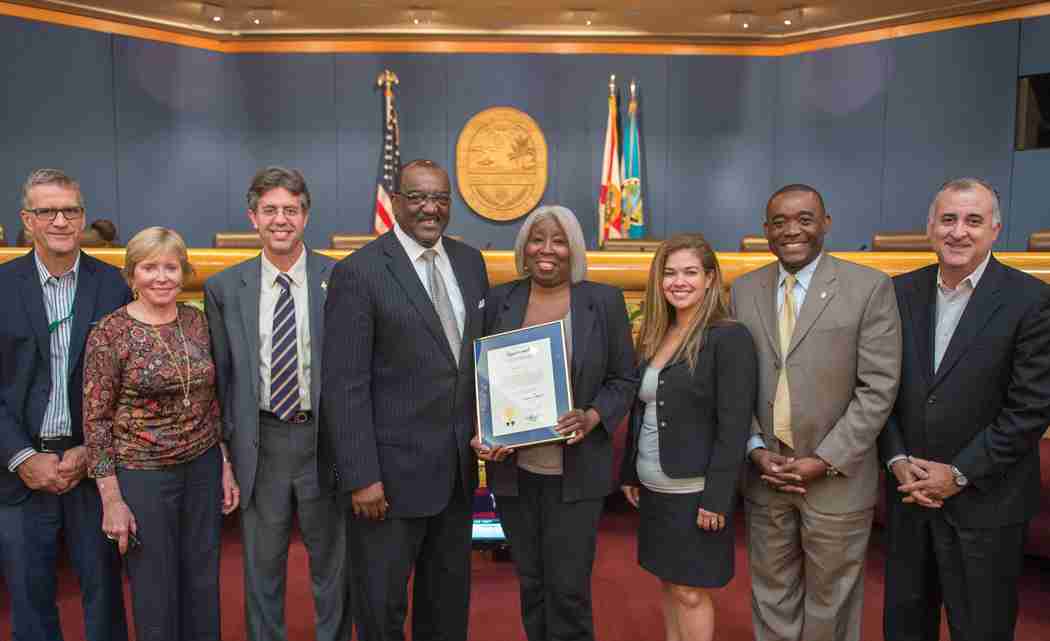 MIAMI —  The Miami-Dade County Transportation and Aviation Committee recently recognized Clarice Cooper, a community activist and lifelong resident of Coconut Grove who successfully challenged the development of a trolley garage in Village West.  The U.S. Department of Transportation concluded that Miami-Dade County, the City of Miami and Coral Gables violated a 1964 Civil Rights Act when they permitted a trolley garage to be built in the historically black neighborhood.

The complaint centered around a trolley depot that was constructed on the 3300 block of Douglas Road which led to a federal civil rights law suit filed by Cooper and the Trolley Steering Committee.

The City of Coral Gables also filed suit against Astor Development, the company building the trolley garage for the city in neighboring Coconut Grove, with concerns that it did not comply with zoning rules. In addition to the city, the University of Miami Law School’s Center for Ethics and Public Service filed a law suit on behalf of the local residents.

“My hope with this discussion is to uncover what went wrong,” said Commissioner Moss.  “And what we have we done to ensure that this problem does not occur again.”

Following the discussion a Certificate of Appreciation was presented to Clarice Cooper in recognition of her activism.

“Thank you for coming forward on behalf of your community and saying to us, ‘we got this one wrong,’” said Commissioner Moss. “Thank you for your courage and your resolve.”

Next post These are sure to make them smile