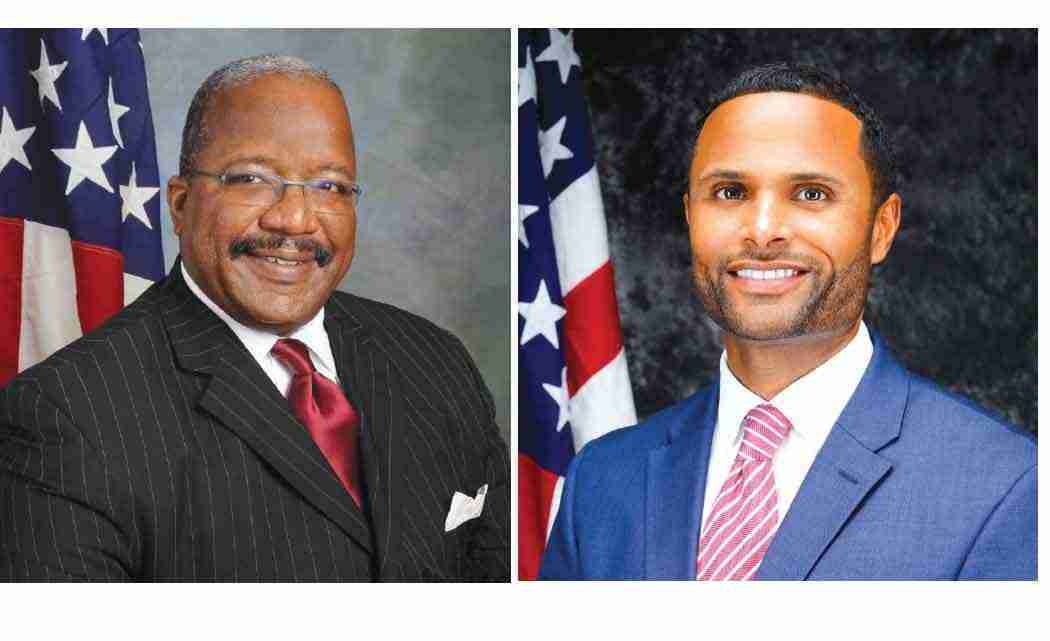 WEST PALM BEACH, Fla. — There’s been an upsurge in shootings and killings in West Palm Beach, all taking place within a few blocks, and nearly all of the dead have been young blacks. West Palm Beach city commissioners Keith James and Cory Neering said something has to be done to stop the senseless murders, which have gotten out of hand. They recently held a Town Hall Meeting to get answers to the poignant question: Why are our children killing each other?” That was the title of the Town Hall Meeting that was attended by a couple hundred people last month.

The numbers are staggering. Between June 1 and mid-August, there had been 16 shootings with six people dying. Since then, there have been even more killings. Night after night and week after week, there’s another story on the news of a shooting in the North West section of West Palm Beach — the black community.  “Another disconcerting factor is the fact that many of the victims have been so young, and some of the perpetrators are 10 to 12 years old. We are seeing an increase of youth-on-youth violence. I strongly believe that we need additional resources to proactively address this issue,” said James, a three-term commissioner, who is also an attorney. He has vowed to search for answers.

James and Neering, a first-term commissioner who was recently elected, sat mesmerized as the young and the old gave personal accounts of why the violence has taken an upsurge in the city of West Palm Beach. One by one, young people came to the podium saying they need more structured programs to keep them occupied because boredom leads to nonconstructive behavior. They also said they need economic opportunities.

“One of the themes repeated at the youth forum was the lack of employment opportunities, particularly summer jobs for students. Also, there were some young men just out of prison who expressed frustration at their inability to find employment,” said James. “I was appalled by the sense of hopelessness expressed by most of the youth speaking. Without jobs, there is no hope. The residents of these communities need hope; not a “hand-out” but a “hand-up,” James said in a previous interview.

Ricky Aiken agrees that many of those committing crimes have had no hope, nor any positive role models near to them. Aiken said he grew up with his grandmother, with a mother on drugs and brothers who were drug dealers. He grew up in Dunbar Village, which was once a thriving village where many notable blacks in West Palm Beach grew up decades ago. But today, Dunbar Village is one of the most crime ridden projects around. “You may live on Tamarind (Avenue), but what are you doing to change it?” he asked the crowd at the Town Hall meeting. “When you come from a broken home and you don’t have a father in the house to please…so I tried to please my friends.” But today Aiken himself has started a business and is now a role model for young black boys.

Darren Studstill, a business owner, said there was a time when older black men and younger black men held conversations with each other. “There used to be older men and younger men talking in the barber shops, at storefronts, in businesses. Open them up again (businesses)  and I guarantee we’ll get results,” he said.

Steve White, an entrepreneur and author said it’s a mentality that needs to change. “It’s not natural to see our brothers and sisters killing each other. It’s the mindset. We have to change the mindset if we want to change the behavior.”

Paula Pearson-Tucker, a pro golfer and the founder and executive director of  Fore Life, Inc., a youth empowerment organization which uses the game of golf to change lives, said she works diligently to help her students make the right choices and decisions in life. She also works with children who have offended and are in the juvenile justice system. “We use the game of golf to help kids make better decisions,” she told the crowd. She sees many of her students now entering college. “We’ve had success through the game of golf.”

Some people spoke of the fragmented relationship between the black community and police, stating that police in West Palm Beach have nasty attitudes. James said both sides have to work to resolve the rift. “Law Enforcement must continue to employ community policing strategies, particularly in those communities where most of this senseless violence is occurring. Law enforcement should work to be a part of the communities which they serve,” he said. “We have to avoid the “us vs. them” trap.”

Neering and James said the open forum was a good start. “This may have been the first time we’ve engaged with each other. The fact that you’re here shows that you are cognizant of this issue,” said James to the young people at the forum.

Neering said the meeting was a productive first step. “No one believes we’ll leave this room and all the violence will stop. But we believe this conversation is important, and it will help. We knew this would be a process. This issue didn’t happen overnight and it won’t change overnight. This is the first step,” Neering said.

The two commissioners said they will continuously work on solutions, and they will also host a follow-up forum before the year ends.