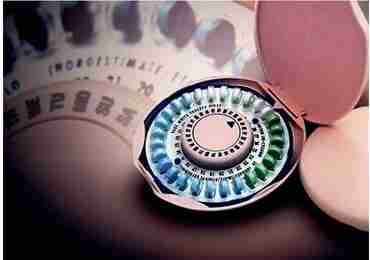 The suit was filed on behalf of five women at risk of being denied birth control coverage, including three University of Notre Dame students. The Catholic school in northern Indiana recently told staff and students that it planned to halt no-cost contraceptive coverage starting next year. The National Women’s Law Center and Americans United for Separation of Church and State filed the lawsuit in a local U.S. District Court.

Under new rules issued Oct. 7 by the U.S. Department of Health and Human Services, employers and universities are allowed to cite religious or moral objections in order to end birth control coverage that was available under President Barack Obama’s Affordable Care Act.

The lawsuit argues that the new rules — which have been assailed by many women’s rights and reproductive rights activists — violate the equal protection and due process guarantees of the U.S. Constitution and the non-discrimination provision of the Affordable Care Act.

“Blocking access to basic health care that 99 percent of women use at some point in their lives is unlawful, discriminatory and harmful,” Fatima Goss Graves, CEO of the women’s law center, said in a statement. “Everyone deserves birth control coverage, no matter where they work, how they are insured, or where they go to school. Our lawsuit aims to shut down this latest assault by President Trump on women’s health, equality, and economic security.”

The lawsuit’s other plaintiffs are an employee at a university in Illinois and an employee at an Indiana church whose insurance provider objects to some forms of birth control. The church employee, Alicia Baker, said she was a seminary graduate as well as a member and employee of her church.

“I believe taking birth control in no way violates my religious beliefs,” she said. “It’s a personal decision I make to plan my family.”

The defendants named in the lawsuit include acting HHS Secretary Eric Hargan, Treasury Secretary Steve Mnuchin and Labor Secretary Alexander Acosta. There was no immediate comment about the lawsuit from the Trump administration.

The South Bend Tribune reported earlier that an email sent by Notre Dame to faculty and staff on Friday showed that insurance coverage for birth control would end for employees on Jan. 1. Students under the school’s insurance plan, which provides contraceptives at no-cost through Aetna Student Health, would be covered until Aug. 14.

The university’s medical plan will cover contraceptives if they’re used to treat a specific medical condition, not as a method to prevent pregnancy. Those medications will come with standard prescription copayments.

Three organizations that have been closely monitoring the birth-control debate — Planned Parenthood, the American Civil Liberties Union and the National Women’s Law Center — told The Associated Press that they knew of no other major institution that had taken the same step following Trump’s decision.

Notre Dame, which is in South Bend, previously offered coverage through thirdparty administrator Meritain Health and prescription benefit manager OptumRX, which allowed the university to meet the federal health care law’s requirement while maintaining its religious opposition to contraceptives. A Planned Parenthood clinic a few miles from campus could also be an alternative option for students looking for birth control.

The university fought the law’s original mandate on religious grounds, but that lawsuit was voluntarily dismissed on Oct. 17, after the Trump administration removed the requirement.

Planned Parenthood has launched a campaign that urges employers to publically commit to continuing birth control coverage. The organization says birth control opens up education and career opportunities for women.