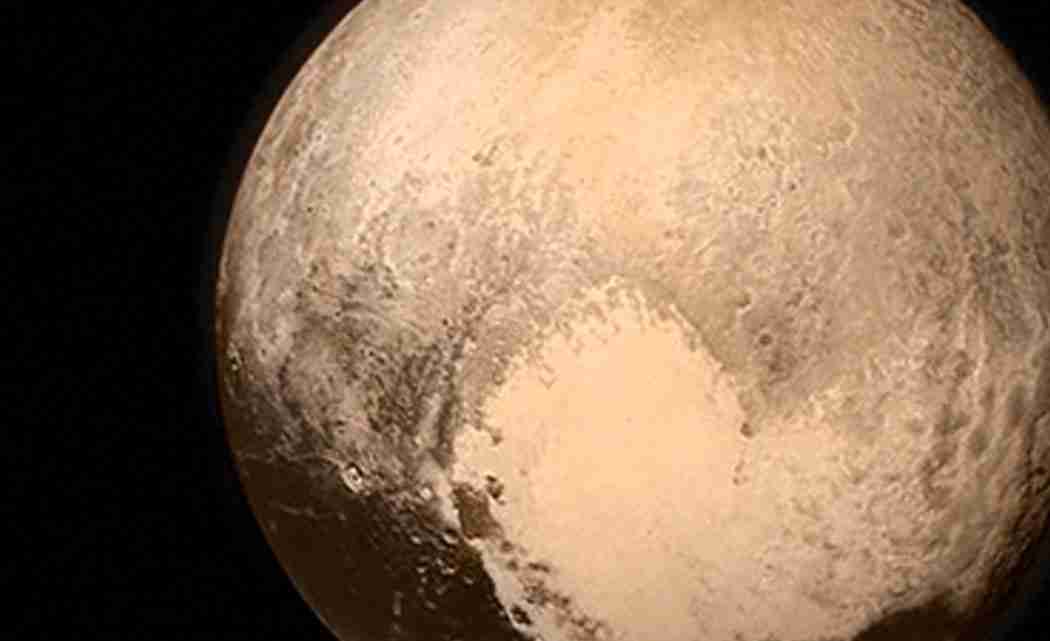 CAPE CANAVERAL, Fla. — We’ve made it to Pluto by NASA’s calculations, the last stop on a planetary tour of the solar system a half-century in the making.

The moment of closest approach for the New Horizons spacecraft came around 7:49 a.m. EDT Tuesday, culminating an epic journey from planet Earth that spanned more than 3 billion miles and 9 1/2 years.

“This is truly a hallmark in human history,” said John Grunsfeld, NASA’s science mission chief. “It’s been an incredible voyage.”

Based on everything NASA knows, New Horizons was pretty much straight on course for the historic encounter, sweeping within 7,700 miles of Pluto at 31,000 mph. It actually happened 72 seconds earlier and about 40 miles closer than anticipated.

But official confirmation of the flyby wasn’t due until Tuesday night, 13 nerve-racking hours later. That’s because NASA wants New Horizons taking pictures of Pluto, its jumbo moon Charon and its four little moons during this critical time, not gabbing to Earth.

In a cosmic coincidence, the encounter occurred 50 years after Mariner 4’s flyby of Mars that yielded the first close-up pictures of the red planet.

“I think it’s fitting that on the 50th anniversary we complete the initial reconnaissance of the planets with the exploration of Pluto,” said principal scientist Alan Stern.

The United States is now the only nation to visit every single planet in the solar system. Pluto was No. 9 in the lineup when New Horizons departed Cape Canaveral, Florida, on Jan. 19, 2006, but was demoted seven months later to dwarf status. Scientists in charge of the $720 million mission, as well as NASA brass, hope the new observations will restore Pluto’s honor.

“It’s a huge morning, a huge day not just for NASA but for the United States,” NASA Administrator Charles Bolden said from NASA headquarters in Washington.

Inside “countdown central” in Laurel, Maryland, hundreds jammed together to share in the final minutes, including the two children of the late American astronomer who discovered Pluto in 1930, Clyde Tombaugh. The actual flight control room was empty save for a worker sweeping up; the spacecraft was preprogrammed for the flyby and there was nothing anyone could do at that point but join in the celebration.

The crowd waved U.S. flags and counted down the seconds, screaming, cheering and applauding. Chants of “USA!” broke out.

At a news conference afterward, Grunsfeld, Stern and mission operations manager Alice Bowman unveiled a picture of Pluto taken just Monday. The icy, impacted world – a fusion of peach and brassy colors with bright spots at points northward, including the now-famous heart, and darker areas around the equator – drew oohs and aahs.

Even better pictures will start “raining” down to the ground beginning Wednesday, Stern said, “a data waterfall.” But the planetary scientist at Southwest Research Institute in Boulder, Colorado, cautioned everyone to “stay tuned” until New Horizons phones home Tuesday night. Only then will anyone know whether the spacecraft survived its passage through the Pluto system, five moons included.

“Hopefully it did, and we’re counting on that,” Stern told journalists. “But there’s a little bit of drama because this is true exploration. New Horizons is flying into the unknown.”

It takes 4 1/2 hours for signals to travel one-way between New Horizons and flight controllers, the speed of light. The last time controllers heard from the spacecraft was Monday night, according to plan, and everything looked good.

New Horizons already has beamed back the best-ever images of Pluto and big moon Charon. Pluto also has four little moons, all of which were expected to come under New Horizons’ scrutiny.

Bowman said she has to pinch herself as she reflects on all the mission’s accomplishments.

“To see Pluto be revealed just before our eyes, it’s just fantastic,” she said. She considers New Horizons like her own child and is simultaneously “nervous and proud” as she waits to hear back from it.

NASA’s planetary science director, Jim Green, also is “on pins and needles.” During its approach to Pluto, New Horizons scouted for any dangerous debris out there that could wipe out the mission.

“They’re confident the way is clear, but you know,” he said, throwing up his hands, “we’re moving into the unknown. You never can tell.”

The odds of a devastating blow, at this late point, are said to be an extremely low one or two in 10,000.

Pictures from the actual flyby, won’t be transmitted until well afterward so the seven science instruments can take full advantage of the encounter. In fact, it will take more than a year to get back all the data – 16 full months, or until October or November 2016.

On the eve of the flyby, NASA announced that Pluto is actually bigger than anyone imagined, thanks to measurements made by the spacecraft, a baby grand piano-size affair. It’s about 50 miles bigger, for a grand total of 1,473 miles in diameter. But that’s still puny by solar-system standards: Pluto is just two-thirds the size of Earth’s moon.

Thanks to New Horizons, Pluto is now confirmed to be the largest object in the so-called Kuiper Belt, considered the third zone of the solar system after the inner rocky planets and outer gaseous ones. This unknown territory is a shooting gallery of comets and other small bodies.

If a mission extension is granted, New Horizons will seek out another Kuiper Belt object before heading out of the solar system – for good.

Continued success and interest, meanwhile, could lead to a Pluto-orbiting mission, Green said.

“These are the events that catch our imaginations and remind us why we must continue investing in planetary science and NASA’s mission of space exploration,” Rep. Lamar Smith, R-Texas, chairman of the House Science, Space and Technology Committee, said in a statement.

Previous post Arnold (but little else) is back in ‘Terminator’