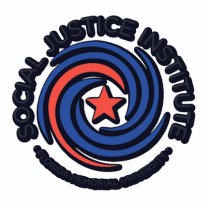 Police violence directed against indigenous people, African Americans in particular, has in recent times, been at the forefront of the social consciousness brought about by the much publicized and sensationalized killing of such individuals as George Floyd and many others. The infamous cry of Mr. Floyd, “I Can’t Breathe,” has come to serve as a metaphor for the anguish and soulwounds experienced by Black people after the many years of being subjected to state-sanctioned violence and other forms of social oppression. How do we begin to understand the nature of such violence: why it occurs, its purpose and function, and the impact it has on individuals and communities?

The root of the issue is a social psychological question, as it is necessary to gain insight into the social and cultural conditions that produces it as well as the psychological processes that allows such violence to be enacted. Understanding the social psychology of police violence will not only lead to a greater intellectual understanding but also an opening of our hearts; that is, to an understanding that allows us to develop the compassion, love, and forgiveness that is required for us to heal, both individually and collectively, both as victims and perpetrators, and aspire towards creating a world characterized not by violence and oppression but by peace, truth, and justice.

Social psychology places emphasis on the power of social situations while deemphasizing the importance of dispositions (personality or character). This distinction is an important one since police violence is often viewed from a dispositional point of view whereby the causal basis of the violence is attributed to the actors or persons, that is, the police ofﬁcers. A dispositional view of police violence, as scholars Anthony Greenwald and Linda Krieger so aptly point out, “ignores signiﬁcant empirical evidence from the ﬁeld of social psychology suggesting that conscious racial animosity likely only accounts for a small percentage of racially motivated conduct.” Moreover, this dispositional view of police violence, while constituting an error in perception, is however intentionally reinforced by the dominant culture for the purpose of shifting our attention from the discriminatory institutional practices and policies that are embedded in the criminal justice system on a whole and the system of policing.

A systemic or macro-level analysis of police violence, however, posits that such violence is the product of a social system characterized by race and class inequality and in which police violence serve to maintain and reinforce the racially based social order so that White privilege is preserved but only through the subordination and dehumanization of people of color. In this view, police violence is one of the many manifestations of state-sanctioned violence used in ensuring the subordination of indigenous populations. State sanctioned violence, as W. Martin Dulaney noted in his book Black Police in America, may be traced back to slavery where it ﬁrst took the form of slave patrols. Later in the period of reconstruction the KKK came to be the major perpetrators of violence directed at African Americans.

In the modern era the criminal justice system, in which the police play a major role, has become the primary conveyors of state-sanctioned violence. What then are the institutional policies and practices that lead to police violence? While the answer to this question lies beyond the scope of this essay, briefly, examples of such policies include “broken windows” policing which directs police ofﬁcers to focus on high crime areas and “stop and frisk policing” both practices increasing the likelihood of ofﬁcers having encounters with Black people and those encounters being of a lethal nature. Moreover, it is important to point out that the criminal justice system and the policies and practices upon which it operates are all grounded on White supremacy values and beliefs. Thus, any attempt at implementing systemic changes must therefore include uprooting the myriad of forms in which White supremacy is manifested and expressed.

A major implication of embracing such a systemic approach to police violence is that it alerts us to the notion that any real, impactful, and sustainable change will need to involve a fundamental restructuring of the system of policing and the very criminal justice system itself. No longer can we afford to continue to hold on to the naïve notion that the problem of police violence can be solved by purging the system of those ofﬁcers who enact the evil without radically transforming the very system that produces it.

Next post Investments in capacity building carry forward for decades