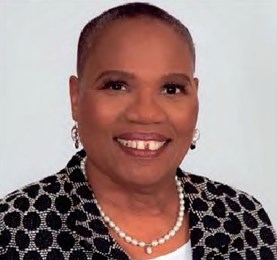 Cooper assumed the office of the provost on Feb. 4. She comes to South Florida’s only historically black university after serving more than five years as associate provost at Bethune-Cookman University in Daytona Beach.

“FMU’s Board of Trustees and the South Florida community have invested high hopes in the excellence of FMU, its students, faculty, and staff. As we endeavor to transform FMU into the nation’s premier HBCU, we must have strong leadership for our Division of Academic Affairs,” said Interim President Hardrick. “Dr. Cooper brings a diverse wealth of experiences that will give our institution – and most important – our students a competitive advantage in the global marketplace.”

Cooper brings more than 35 years of president experience in industry and academia to the provostship. Her research and projects have garnered over $8 million in funding.

“During my campus visit, meeting with some of the faculty and staff and speaking with Dr. Hardrick, I felt a resonance with FMU and knew that it was a good fit for me,”

Cooper said. “I am looking forward to working with the talented students, faculty, staff and administrative team at FMU to prepare graduates who are ready to exceed the challenges of the 21st century.”

In her academic work, Cooper brings an educator’s commitment and an engineer’s precision to the critical question of student access, success, faculty development, and STEM education. Her research interests are diverse and include projects funded to explore access, retention, and environmental concerns, among other topics. She provided this preview of her leadership style.

“The FMU family and greater community can expect innovation, creativity, clear communication, and collaboration focused on academic excellence to foster a culture of scholarship and an entrepreneurial environment,” Cooper continued.

After earning a bachelor’s degree in Chemical Engineering from the University of Tennessee in Knoxville, Cooper worked as an engineer with E.I. DuPont de Nemours and Company at Jackson Laboratory. She obtained a National Science Foundation Fellowship to work and study at the National Institute of Materials Research in Japan and earned a doctorate degree in Environmental Engineering from the University of Florida. Cooper started her academic career at the University of South Carolina and earned administrative roles at Florida A&M University, South Carolina State University, and Bethune-Cookman University. An internationally recognized scholar, Cooper wrote or co-authored numerous research publications and has presented at many industry and academic conferences.

Previous post Hair was in the house for candid discussion of diversity, style