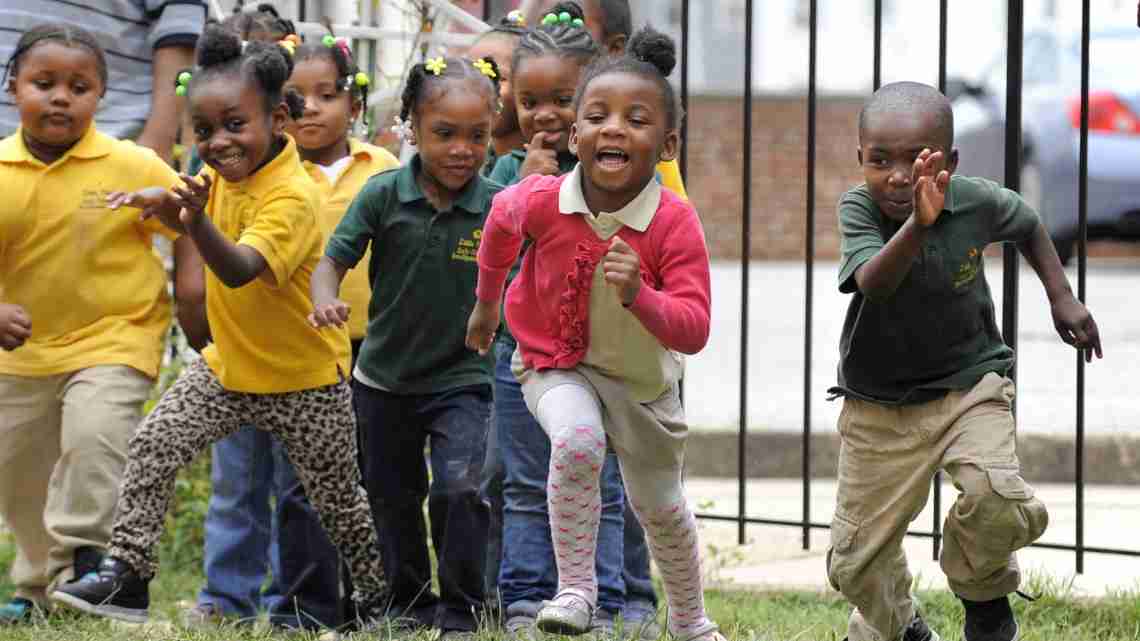 TALLAHASSEE, Fla. Tallahassee, scene of some of Florida’s epic early civil rights battles, has retreated from the ideals of the `60s and `70s. Some public schools in Florida’s capital city are re-segregated, according to a LeRoy Collins Institute report.

But there’s a bitter twist. The findings by lead author Gary Orfield of the UCLA Civil Rights Center show green is the new black. Race and money determine where kids go to learn and with whom they sit in class. 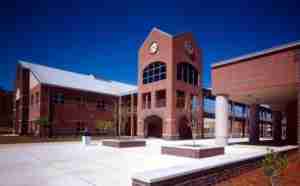 The LeRoy Collins Institute pegs Tallahassee as home to one of the five most highly-segregated school districts in the state. It tracked a 30-year trend of affluent white flight from traditional public schools that occurred while Florida was implementing school accountability standards, offering private school vouchers, and encouraging the growth of charter schools managed by forprofit companies.

“Our schools do not look like Tallahassee,” said Marie Claire Leman, whose children attend Hartsfield Elementary and Rickards High.

“The difference between the north side and the south side is stark,” continued Leman. “Those are neighborhood schools – do we abandon those schools (south side) because the parents lack money and time?”

Parents who have the means, time and income to volunteer appear to be abandoning traditional public schools.

The Census Bureau pegs the county’s poverty rate at 21 percent. At half of the county’s elementary schools, all of the students receive free/reduced lunch – indicating a family of four that earns less than $32,000 annually.

Ten of those 12 schools have an enrollment of more than 90 percent of one race – nine black, one white, and all received a “C” grade on the statewide accountability program. Six of the seven “A” schools had free lunch enrollment of less than 30 percent.

Chaires Elementary is the exception. The school, which has 60 percent of students enrolled in its reduced lunch program, scored an A grade.

Ironically, Chaires is also the county school whose racial makeup – 64 percent white – most closely reflects the county as a whole.

The trend the Collins report revealed occurred while Florida created an array of what Montford called “alternative delivery systems of education.” He rattled off a mix of six voucher and scholarship initiatives. The initiatives coincided with advances in virtual education and the startup of a for-profit management industry for charter schools. He and others point to those two factors for the current state of public education in Tallahassee and Florida.

“We say the goal is choice. Let the parents decide,” said Montford. “The implications of some of those decisions are not good for all students.”

Those implications were debated at length when Montford and a bi-partisan coalition of senators tried to block a $200 million plan to entice specialized charter schools to set up in poorer neighborhoods earlier this year.

The money would help companies set up in neighborhoods served by schools that consistently earn a failing grade under the state’s accountability program.

It was a priority of House Speaker Richard Corcoran. Opponents charged it threw more money to privately-managed schools at public schools’ expense.

“Are we returning to the days of separate but not equal in 2017,” asked Rep. Patrick Henry, DDaytona Beach.

Corcoran’s allies cast it as a moral issue. They said they want to help the tens of thousands of children in schools where students consistently score low on standardized tests.

“All the nice little things disappear,” said parent Beth Overtholt when told of Montford’s remarks. Overton has a child in Leon schools. She is part of the Opt Out movement, which opposes the state’s reliance on standardized tests to grade schools.

Parents in a school of mixed incomes, explained Overholt, can create groups that hold fundraisers and build a community. She mentioned a $15 tie-dyed T-shirt fundraiser at Leon High, her daughter’s school, as an example.

The money will be used for something the students want to do or want for the school. The silliness that accompanies such high school events also serve as a bonding experience, she said. Overholt didn’t blink at the cost but said such a fundraiser is out of reach for some Tallahassee schools. 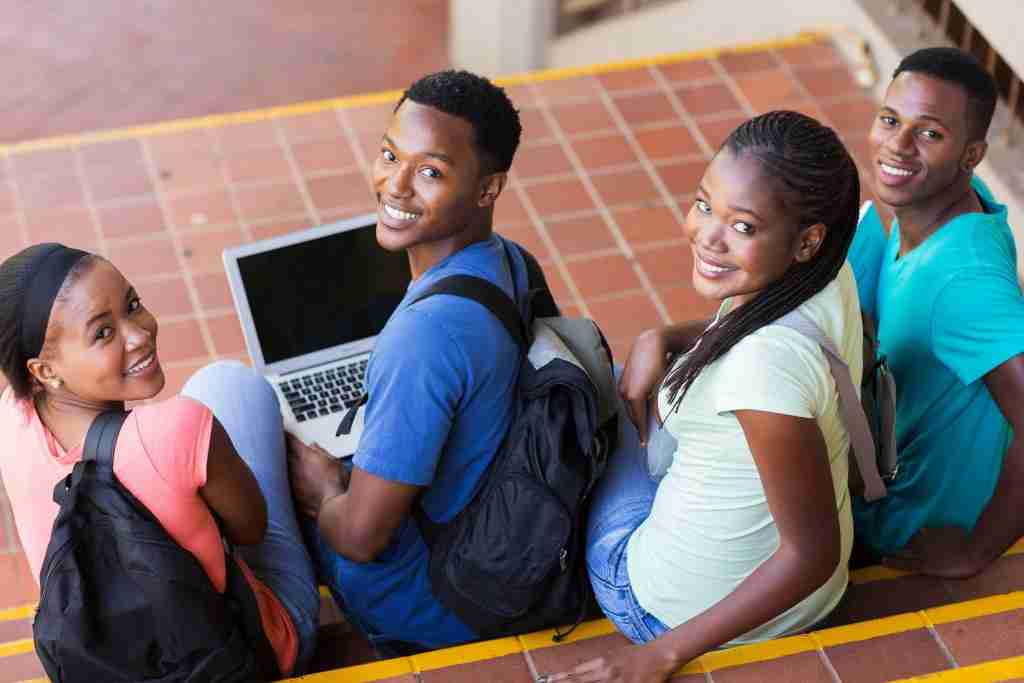 “There’s a very active PTO (Parent Teacher Organization) at Leon and they do things,” said Overholt. “We have schools that don’t even have PTOs.”

Superintendent Hanna was once Leon High School principal. He said there was merit in Overtholt and Leman’s remarks.

“It was a cool thing to see and watch at Leon. We had kids from Ox Bottom to downtown,” said Hanna, of a school that served neighborhoods from the heart of Tallahassee to five miles north of I-10.

“That mix is part of what makes education important. Kids learn to assimilate with people not like themselves.”

Hanna pointed out that both Leon and Lincoln High come closer to reflecting the racial and economic makeup of the community than other schools. Fifty-eight percent of Leon’s student body is white.

Leon has graded A and Lincoln B. The two schools where white enrollment falls below 20 percent, Rickards and Godby earn C grades in the state accountability program.

Hanna was at a loss as to how to reverse what the Collins Institute called the creation of “apartheid schools,” where 90 percent of enrollment is one race and often one economic class.

“I do know this; if we expand voucher programs the public school system will be dismantled. That’s the end game for the Republican Legislature,” said Hanna. “That’s what they want. Vouchers for everybody, when we get there public schools will be left with very little.”

Republicans say that is not their intention. In committee and floor debate they rarely miss an opportunity to cite what they call chronically and perpetually failing schools.

“There are kids within an hour’s drive of where we’re sitting that are in an environment that gives them no hope,” Latvala said to persuade the House to spend an additional $200 million on charters this spring. “We have to completely change the way we do things and have a new approach.”

The Legislature approved the plan. The governor signed it. Fifteen school districts filed suit to block it.

“We help prepare kids to soar,” Corcoran tweeted as a see-you-in-court response to the lawsuit.

Hanna has opposed much of the Legislature’s education policies since he was in the classroom a decade ago. He campaigned against voucher initiatives, school testing, and scholarship programs. Like Montford, he does not like the taste Florida’s education recipe has left in his mouth.

“For years the Florida Legislature has been saying, `let’s look at the data and hold people accountable,” said Montford with the report in hand. “This is good, hard, sound data. We’ll let’s look at it and hold all of us accountable for where we are.”

Leman is a lawyer by training. During a deep-dive presentation into the Collins’ report findings, she patiently listened as Montford explained how a call for choice, to let parents decide what is best for their children, had led Florida and Tallahassee back to what appears to be separate and unequal public education systems.

“Choice? They say choice?” she said during a phone conversation a day later. “You can’t say you are giving people a choice when you are not giving them a neighborhood school that provides a quality education to choose from. There has to be an equal option otherwise you’re not talking about choice. You’re talking about leaving.”

Montford wants to use the report as a rallying cry for public education supporters during the 2018 session.

“I intend to be very vocal,” Leman quickly responded when it’s mentioned.