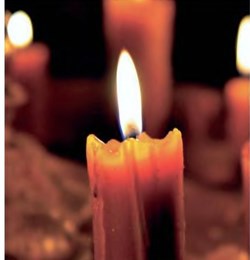 WEST PALM BEACH – She died on Christmas, but South Florida’s lamentations continue to flow for AnEta Sewell-Spence, the Palm Beach County TV news pioneer and broadcast legend who at 68 succumbed to unexpected lung and heart complications caused by a pulmonary embolism.

Sewell-Spence became the first African-American TV news reporter in the Palm Beach/Treasure Coast market in 1974, when she appeared on the air for WPEC-TV in West Palm Beach.

Overcoming initial prejudice, she soon became the first African-American TV news anchor, and continued on the air until 1982. While telling countless of the community’s stories, she inspired others to consider careers in Journalism.

In a broad career she also served as director of the communication department at the South Florida Water Management District, and taught public speaking as an adjunct professor at Palm Beach State College and Palm Beach Atlantic University.

Her reach in the community was equally as broad – recently hosting the African American Film Festival at the Kravis Center for the Performing Arts, for example. Her legacy includes the Project Thanksgiving meal service she started that continues at her former TV station.

Friends and admirers continue to be saddened by the news of the death of pioneer and legend who was recognized as a true professional.

“I observed how genuine she was with people as well as her gift of truly listening in others to assist in any way she could,” Raing added. “South Florida and Treasure Coast communities (tuned) in everyday to watch such an extremely intelligent, resourceful and gracious news anchor who won thousands of hearts and opened doors of opportunities for many.”