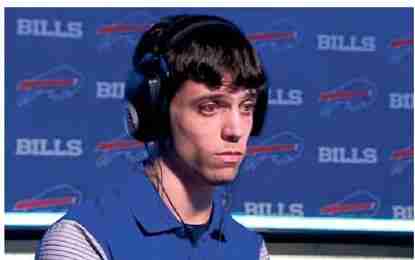 JACKSONVILLE, Fla. (AP) – The suspect in a deadly shooting at a Florida video game tournament was known to barely speak to fellow gamers and sometimes exhibited an erratic playing style, according to other competitors, who were baffled that their virtual sport could lead to bloodshed.

Authorities say 24-year-old David Katz of Baltimore killed two people and wounded nine others before fatally shooting himself Sunday at the “Madden NFL 19” tournament being held at a riverfront mall in Jacksonville.

“It just doesn’t make sense why he would do it,” gamer Shay Kivlen, 21, of Seattle, said Monday in an interview. “In `Madden,’ you never get so mad at a loss that you would want to do that.”

Jacksonville Sheriff Mike Williams has declined to comment on what motivated Katz to open fire inside a gaming bar connected to a pizzeria at The Jacksonville Landing, a collection of restaurants and shops along the St. Johns River. Williams said he used at least one handgun in the attack.

Such tournaments can involve high stakes. The Jacksonville tournament had $5,000 in prize money to divide among the top finalists. Kivlen said some gamers rely on that money to make ends meet.

But Kivlen and other competitors insisted most players take losses in stride and, even with cash on the line, still view it as being just a game.

“No one deserves to die over playing a videogame, you know?” said Derek Jones, 30, who traveled from Santa Fe, New Mexico, to compete in Jacksonville. “We’re just out here trying to win some money for our families and stuff.”

The game’s maker, EA Sports, lists a David Katz as a 2017 championship winner.

Next post Trump way ahead of GOP on black vote