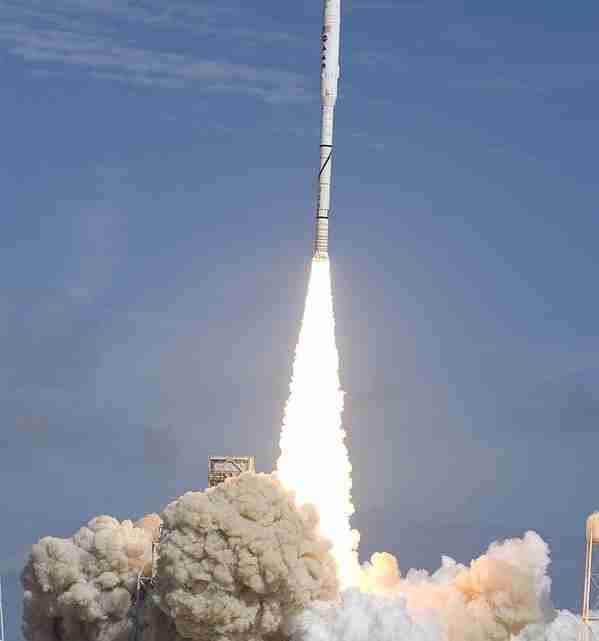 CAPE CANAVERAL, Fla. (AP) – Want the world’s best, up-close view of a rocket launch without being right there at the pad?

For the first time, cameras will provide live 360-degree video of a rocket heading toward space.

NASA will provide the 360 stream Tuesday as an unmanned Atlas rocket blasts off from Cape Canaveral, Florida, with a capsule full of space station supplies. The stream will begin 10 minutes before the scheduled 11:11 a.m. liftoff and continue until the rocket is out of sight.

The four fisheye-lens cameras are located at the periphery of the pad, about 300 feet (100 meters) from the rocket. A computer in a blast-proof box will stitch together the images for a full, in-the-round view. There will be about a minute lag time.

“It’s great, I mean, to be able to get in there and experience that 360-degree view,” said Vern Thorp, a program manager for rocket maker United Launch Alliance. Combining that with virtual reality goggles, “it really gives you a new perspective that we’ve never been able to do before,” he said at a Monday news conference.

Orbital ATK, one of NASA’s main delivery services for the International Space Station, opted to use an Atlas V for this supply run from Cape Canaveral versus its own smaller, Virginia-based Antares rocket in order to haul up more items. The supply ship is known as the Cygnus after the swan constellation, and in this case has been named the S.S. John Glenn.

Glenn became the first American to orbit the world in 1962 – launching on an Atlas rocket – and the oldest person to fly in space in 1998 aboard the shuttle Discovery. He died at age 95 in December. He was buried at Arlington National Cemetery earlier this month.

“It’s an honor to launch the spacecraft which has been named in memory of John Glenn,” Thorp told reporters. Given that Glenn flew on an Atlas rocket and Tuesday’s rocket is an Atlas, “I feel like we’re bridging history.”