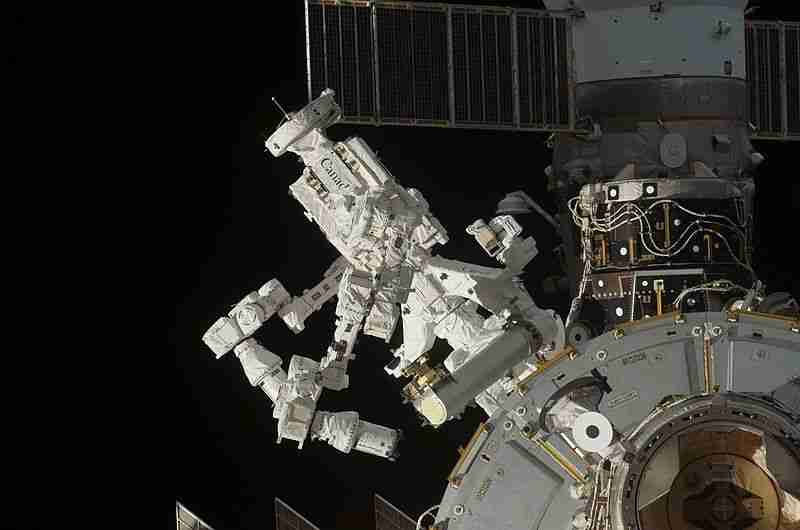 It’s the same type of job that was conducted last Friday 250 miles above Earth. Commander Shane Kimbrough was back at it, but this time he was joined by French astronaut Thomas Pesquet.

Their main objective was to wire up three lithium-ion batteries, the latest in space tech. That’s on top of three connected last week.

Just like before, the station’s robotic handyman saved the spacewalkers considerable time – and risk – by removing the decade-old nickel-hydrogen batteries in advance and positioning the new ones for wiring. The robot is named Dextre, short for dexterous, with 11-foot-long arms that were operated remotely by flight controllers in Houston.

Both the new and old batteries are the same size: about 3 feet long and wide, and 1 1/2 feet tall, or about as big as half a refrigerator. But the new lithium-ion batteries can hold more charge and keep it longer, and so only half as many are needed.

NASA plans to replace all 48 nickel-hydrogen batteries on the station’s sprawling power grid within the next two or three years. The next batch of lithium-ion batteries will arrive late this year or early next, courtesy of Japan.

The batteries are used to store electrical power generated by the massive solar wings, in order to keep all the equipment running when the lab is on the nighttime side of Earth.

Most of the old batteries will be trashed at the beginning of February, burning up in the atmosphere along with the Japanese cargo ship that delivered them last month.

Pesquet, a rookie astronaut, became France’s first spacewalker in 15 years. He called it “a big day.”

“Better bring our A-game,” Pesquet said in a tweet Thursday evening, “to be safe & efficient.”

Next post Could treated sewage be a tool against sea-level rise?