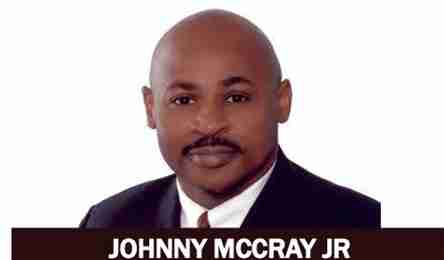 Last week, I wrote an editorial published in this paper —Broward Circuit Judge Does Not Deserve to Be Re-Elected. I prefaced my commentary by stating that in over three decades of practicing law, I had never written an article opposing a judicial candidate in any election.

In support of my position that Judge Matthew Destry is unfit for retention on the bench, I cited four cases which exemplify his predilection for harsh and unfair sentencing. One of the four cases I cited involved first time drug offender, Maxime Cherilus, who was convicted of delivery of cocaine after he delivered a sample of cocaine to an undercover police officer in a sting operation. The delivery of the cocaine was arranged by a friend of Cherilus’ brother, who later turned out to be a police informant. At sentencing, prosecutors recommended an 18-month sentence followed by two years of probation, while the defense requested that Cherilus be given probation. Destry pronounced a 10 year prison term, which Cherilus subsequently appealed to Florida’s Fourth District Court of Appeals.

A day after my commentary went to print, the Court of Appeals overturned Destry’s sentence in a blistering opinion which condemned the sentence as a violation of Cherilus’ constitutional right to due process.

The Court specifically found that Destry could not im- pose a sentence in excess of six times the prosecution’s recommendation based on Judge Destry’s stated belief on the record that Cherilus’ in-court testimony was untruthful. Such an approach to sentencing would have a chilling effect on a defendant’s right to testify at trial.

As a result of Cherilus’ sentence being overturned, Cherilus must be resentenced in a manner consistent with the appellate court’s ruling. In a strong rebuke to just how far afield Destry had strayed from constitutional principles, the appeals court took the unusual step of requiring that on remand to the lower court Cherilus be resentenced by a judge other than Destry.

If Destry’s reversal in the Cherilus case could be chalked up to mere anomaly, there may be insufficient grounds to assert his unfitness to continue serving as Broward County Circuit Judge. Local media, however, have widely reported about Destry’s questionable rulings, unduly harsh sentencing, courtroom antics and ill temperament on the bench. Of note is an investigation of Destry’s rulings by South Florida newspaper New Times, which uncovered that last year alone Destry’s decisions were overturned 11 times by the appellate court. The publication’s investigation of Destry’s rulings found them to be unduly harsh and seemingly random: Destry sentenced a man who raped a middle-school girl to two-and-a-half years, while sentencing another man who violated his probation to 60 years.

Inexplicably and surprisingly, a group of local black clergy banded as “The Concerned Clergy of Broward County,” along with a few political operatives within the black community, recently endorsed Destry in his bid for re-election in the Group 15 judicial race. Destry’s name, among other candidates (judicial and non-judicial), has been included on palm cards and pressed into the proverbial “flesh” for the black vote. Given Destry’s well-documented record on the bench and his growing list of affronts to justice, one must wonder how it is Destry rose to his coveted place on those palm cards.

Destry’s endorsement only begs the questions: what, if any, diligence was undertaken prior to unleashing Destry’s endorsement on the black community? Did these community leaders reach out to any local practicing attorneys, voluntary bar associations, or other individuals familiar with Judge Destry’s record to gather pertinent information in determining his fitness to sit as a judge? Was research conducted by perusing any of his numerous rulings that have been reviewed by the appellate courts and overturned on appeal?

Surely, endorsements of judicial candidates serve useful purposes for both candidates and voters; however, endorsements should not be arbitrarily or capriciously made. Judicial elections are markedly different from other elections, and by the very nature of the position to which candidates aspire and the inherent powers to which the victors will ascend, heightened diligence and scrutiny are warranted.

As Broward voters head to the polls for the primary election on Tuesday, August 30, 2016, most will approach the voting booth with a good idea of who they want to elect for mayor or city commission, and, possibly, the school board.

Many will be surprised to see that the bulk of the ballot will be filled with scores of unfamiliar names of persons running for seats on Broward County’s courts. Few would disagree that the majority at the polls are unfamiliar with the backgrounds of the judicial candidates and have little information to be in a position to evaluate how well suited candidates are to perform the job of a judge. This year will be especially complicated with roughly 30 judicial candidates, including several challengers vying for two open seats. Destry, himself, has racked up four challengers to his seat.

To those local clergy who choose to endorse candi- dates in an effort to influence the vote of congregants and community members, the exercise of such discretion may be your right, but with that right there is a corollary moral duty to properly vet judicial candidates before assigning your stamp of approval and before encouraging the community to hand these candidates the black vote.

As faith leaders in our community your aim should be to become properly informed about the judicial candidates by, among other things, evaluating their records for fairness, consistency and impartiality. Such prudence would help to ensure that candidates for judicial positions are well-qualified and would give some semblance of credibility to your highly coveted endorsements.

At this time, however, Destry’s endorsement leaves much for head-scratching because it was not too many months ago that the black community was earnestly petitioning for Destry’s removal from the bench following his sentencing of Herbert Smith to 60 years imprisonment for a probation violation. One can only wonder what has The Honorable Matthew Destry done to now earn such reversal of fortunes.