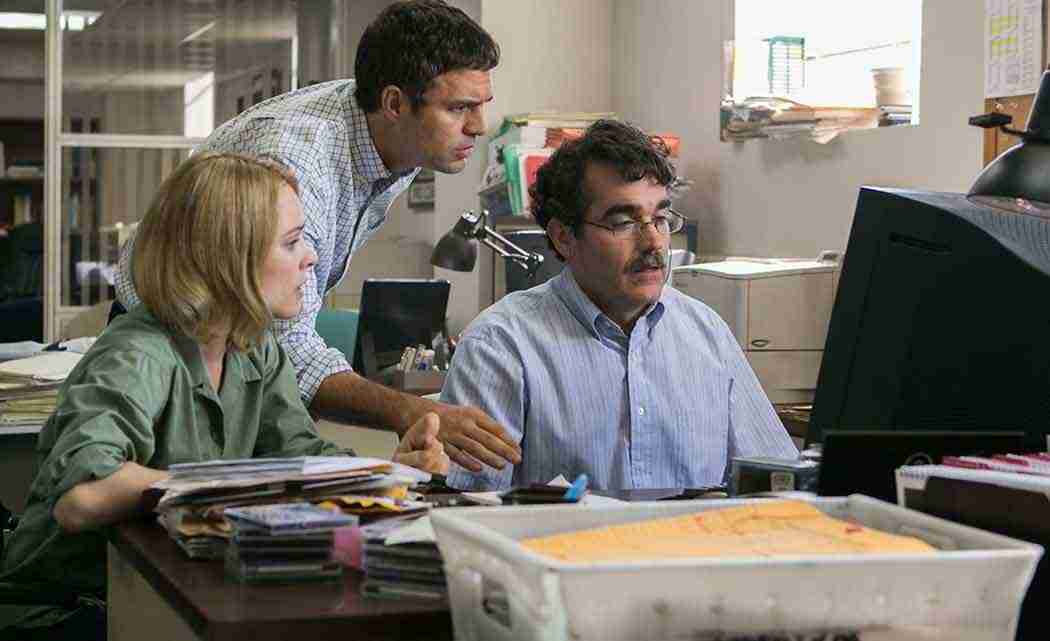 Journalists are responsible for disseminating the truth.  We are the gatekeepers of that truth and it is our job to report just the facts, nothing more.  Journalists have been trained to understand the importance of the truth.  Yet, in today’s media it’s no longer about the accuracy of the truth; just as long as we’re the first ones to get it out there.

It’s a good thing that wasn’t the case at the Boston Globe in 2001.  In Spotlight, the Boston Globe is experiencing some shake-ups due to the paper’s recent sale to The Times and an Internet that gets the news out to the public faster than newspapers. The Globe’s new editor-in-chief, Marty Baron (played by Liev Schreiber), sees an opportunity for the publication’s investigative team to cover a huge story: local Catholic priests who have molested children and the cardinal who is helping to cover it up.

These days, the thought of a Catholic priest doing the unthinkable with a child is not so shocking.  But, the Boston Globe was one of the first publications to take a hard look at what was actually happening to the children and how the church handled it by paying off the families.  The investigation reveals that the number of victims is quite high and the church appears to be untouchable.

Importantly, Spotlight showcases a time when the news was more about hitting the pavement and making phone calls to as many sources as possible.  Pulling old articles had to be done by a specialist rather than a quick Google search.  And, significantly, the news had the power to affect change in a positive way.  The news wasn’t just about the sensational aspects of a story, but also about bringing the public’s attention to important issues.

Writer/director Tom McCarthy (along with co-writer Josh Singer) paints the picture of a world where innocent children are taken advantage of and the adults who should be protecting them aren’t because of their reluctance to go against the church.  The church, in this film, is its own invisible character, like an antagonist, if you will.  The church represents the power that operates Boston.  Everyone is afraid to speak out or prosecute the villains of the church, because the town has made these priests out to be like God.

While the film makes the Catholic Church look bad, it makes sure to point out that the priests who are doing wrong represent a small percentage of the clergy. The film clearly does not seek to dismantle the respect of the church; merely to expose the bad elements that have been allowed to exist within it.

The film has a sad, but compelling premise.  Over the course of 30 years, nearly 90 out of 1500 priests were known to exhibit the same behavior and the church responded by moving them from one parish to another.  Believe it or not, these numbers reflect just the Boston area.

The good thing about Spotlight is that it seems like it’s a story about the Catholic Church, however, it’s really about getting back to real journalism when trying someone in the court of public opinion.  Not only is this film revelatory, it’s also pretty good.