Boseman, Hudlin team up to portray a young Thurgood Marshall 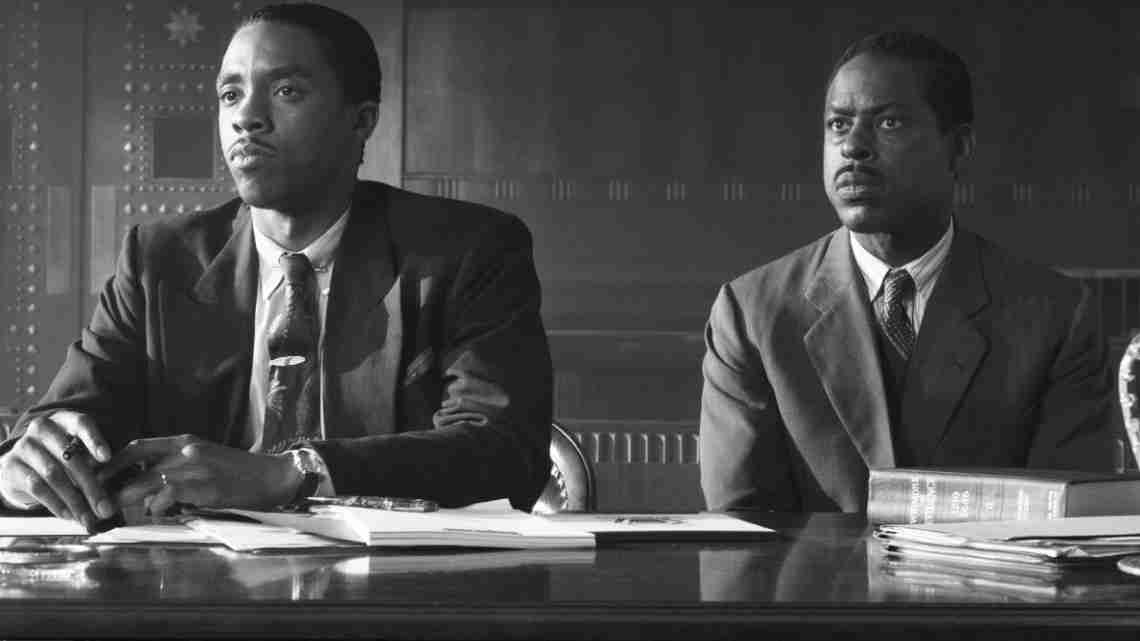 But even Boseman was wary after director Reginald Hudlin approached him about portraying the younger days of the future supreme Court justice in “Marshall.”

There were books written about the early civil rights work of a young Thurgood Marshall, the lawyer who won the seminal Brown v. Board of education case eliminating legal segregation in public schools and went on to become the supreme Court’s first African-American justice in 1967.

But “it’s not the same as having hall of fame interviews with Jackie Robinson or concert footage with James Brown,” said Boseman, star of “42″ and “get on up.” ″how do you pull the spirit or essence of this man?”

But with the blessings of Marshall’s family, including a handwritten letter from his son – “that was one of the ways Reggie convinced me to do the film,” Boseman said – he and Hudlin spearheaded a biopic of one of Marshall’s first cases as a young NAACP lawyer, showing the drive and commitment that turned a brash, loner lawyer into one of the nation’s greatest civil rights lawyers and justices.

“It’s the coming-of-age version of Thurgood Marshall. it’s the origin story,” said Boseman, whose next film has him starring as the first comic book black superhero, the Black Panther.

The film focuses on one of the first cases of Marshall’s career with a then-struggling NAACP, defending a black chauffeur, played by sterling K. Brown, against a wealthy white socialite employer who accuses him of rape and attempted murder, portrayed by Kate Hudson.

Forbidden from speaking in court by a racist judge, Marshall is forced to team up with Samuel Friedman, a young Jewish lawyer who has never tried a case. the two must struggle to discover in a pre-World War II America what really happened in the case while fighting a climate of fear and prejudice in Connecticut.

Marshall at this point in his career is a lone wolf lawyer, working alone on cases around the u.s. But working with an initially reluctant Friedman, played by Josh gad, taught Marshall the value of allies and led to him helping train NAACP lawyers to work on cases around the country, Hudlin said.

“So much of this movie is about allies,” said Hudlin, director and producer of movies like ‘Django unchained,’ ‘Boomerang’ and ‘house Party.’ you have a man who is dedicated to a cause but he can’t do it alone, because none of us can do it alone, and you have a man who has a life but doesn’t have a mission. that combination is what leads to us being able to overcome impossible obstacles and i think that’s why audiences really respond to the film – because it gives them a blueprint for hope.”

The case’s setting in Connecticut was especially attractive to Hudlin, who said it plays against so many tropes of racism being solely a southern problem.

“Northern racism often gets a pass, but beneath that veneer of gentility, institutional racism was just as vociferous, and it’s a lot more recognizable to challenges we face today,” he said.

That isn’t to excuse southern racism, said Boseman, a south Carolina native who said he could channel some of his experiences growing up to use to portray Marshall’s frustration at the racism he faced during the case.

The experience of “riding to school and seeing Confederate flags flying on trucks in front of you and behind you … or being run off the road by a truck with a Confederate flag on it or being stopped by the police and you know that three to six cars are going to show up for no reason,” Boseman said. “Why wouldn’t i use those experiences, if you’ve had them, you know the anxiety, the adrenaline, the anger, the sadness, all those different things that can come from a moment like that.”

Telling the story of a young Marshall allows them to get away from stereotypical stories about white protagonists coming in to save African-Americans in society, Hudlin said.

“I’m grateful for this opportunity to tell these stories and to tell the part that people hear the least, which is black people standing up and fighting back,” Hudlin said. “i don’t like when we’re reduced to victims. … We have a history of resistance. Thurgood Marshall’s preferred weapon is his law books but you can catch those hands too.”