Bilas: College basketball players will one day be paid 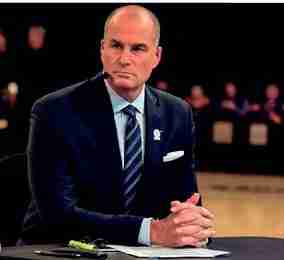 College basketball analyst Jay Bilas believes players will eventually be paid, and tells PodcastOne Sports Now that he’s not sure top players will forgo a year on the big stage in college to play in the NBA’s developmental league.

Bilas joins co-hosts Jim Litke and Tim Dahlberg to discuss the opening of the college season and what he sees as the outlook for college basketball in the future. Bilas said once players start getting money for their likenesses and images, it won’t be long before there will be good paydays in college.

Bilas also said a NBA proposal to pay top players up to $125,000 a year to play in the NBA G League may not be all that attractive for players who want to star in the college game for a year before drawing a big payday in the NBA.

AP pro football writer Barry Wilner also joins the show to talk about which teams may have given up for the season in the NFL, and concerns about the turf in Mexico City for what may be the best Monday night game of the year between the Los Angeles Rams and Kansas City Chiefs.

The show also includes some food talk, and six-year-old Aubree Dahlberg makes a guest appearance to preview her big championship game with the Rock Stars soccer team in Las Vegas.