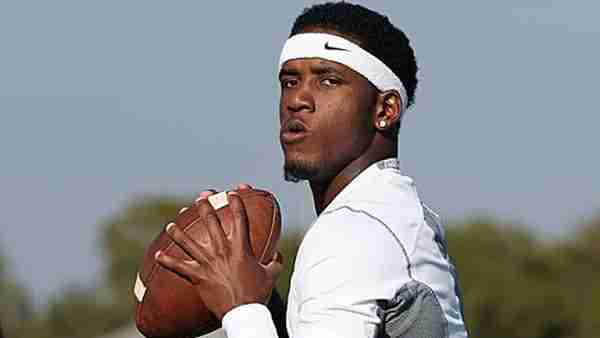 TALLAHASSEE, Fla. (AP) _ Florida State freshman quarterback De’Andre Johnson has been charged with punching a woman in the face in a nightclub.

The Tallahassee Police Department has issued a warrant for Johnson. He allegedly punched the woman at a Tallahassee nightclub at about 11:30 p.m. on June 24.

The quarterback was suspended indefinitely Thursday by Seminoles coach Jimbo Fisher for a violation of athletic department policy.

Johnson is from Jacksonville and was the state’s Mr. Football in 2014. He enrolled early at Florida State in January. He completed 8 of 11 passes for 155 yards and two touchdowns in the spring game in April.

Next post Heat has been good for Hermiston watermelon crop