Tirico looks toward Olympics while also on football duty 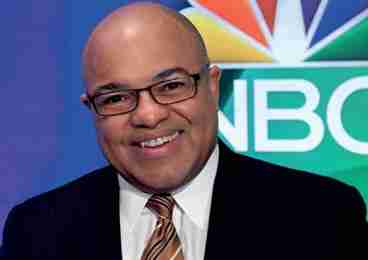 NEW YORK (AP) – Mike Tirico will fill the 100 days before the Pyeongchang Games with football and figure skating.

With speed skating and downhill skiing. Curling and hockey.

Tirico will be NBC’s prime-time host for the Winter Olympics, which begin a few days after the Super Bowl in February. Indeed, in that role for the first time — Tirico had some hosting duties at the 2016 Summer Games in Rio de Janeiro, but Bob Costas was the primary anchor — Tirico will miss the NFL’s title game in Minneapolis. By then, he’ll be hunkered down in South Korea.

“I have never watched a Super Bowl on a Monday morning,” Tirico joked recently before heading to Pyeongchang this week for some prep work and reports for NBC News. “Of course I would have loved to do both, but logistically it so unrealistic. If I leave Minneapolis on Sunday night after the Super Bowl, I’m not at the IBC (international broadcast center) until Tuesday in the middle of the day in South Korea, and Thursday we are on for the first primetime show. If you have one bad weather day, what are you going to do?

“And we’re embarking on 18 straight nights of prime-time television and want to do it the right way. And this is my first time doing this.

“The Olympics are the biggest event over an extended period given the number of consecutive nights in prime time. So reality sets in, and it’s great that Bob will be able to host the Super Bowl and do as good or better a job than has ever been done.”

Tirico isn’t stepping away from his Thursday night football gigs or his work on Notre Dame games, so he’s had to mix in research and interviews on luge and bobsled, freestyle skiing and ski jumping. Several Olympic hopefuls train at a rink in Canton, Michigan, near where he lives, so Tirico has spent a few hours there watching figure skating practices — for the first time in his life.

While he won’t be calling any events in Pyeongchang and notes that everyone at NBC is heavily reliant on the experts the network uses for the various sports, Tirico recognizes the need for more than a passing knowledge of a stone (curling) or a sitspin (figure skating).

“On the TV side, I’ve been going back and watching the last few Winter Olympics piecemeal over the last several months to see how it plays out,” he says. “I have watched it as a fan, and you get one sense of it. But now with the eye of being a host, seeing different things and how the Olympics will play out as a host.

“I won’t be asked for technical aspects of skeleton or luge, but I need to understand the story lines of what we are looking for.

And in prime time, that means really knowing the prominent sports.”

Not that the Winter Olympics are filled with prominent sports. Hockey would fit that category, except that the NHL is not sending players for the first time since 1994. Otherwise, it’s likely that a vast majority of viewers rarely if ever have tuned in to see the other sports since, well, the Sochi Games in 2014.

But that adds to the cachet of the Olympics.

“The athletes, by and large, are in our lives for 2 1/2 weeks,” Tirico said. “The other 200 or so weeks between Olympics, they mostly are off our radar. The cycle of even the greatest of Olympians is a couple of games or three, max. You constantly are introducing new stars and stories. That’s one thing our place has thrived on. That is at the core of any of us who got into this business; we love telling stories. It’s part of our curiosity to introduce personalities to America, or with a Lindsey Vonn or Mikaela Shiffrin to update their life story leading up to that few minutes that impact the rest of their lives.”

While at ESPN, Tirico had no involvement with the Olympics. He moved to NBC in the summer of 2016 and has established himself as the premier sports broadcaster on television if he hadn’t already done so at ESPN.

And now, a huge new challenge. He’s clearly stoked for his first Winter Games and the role he will have. He’s eager to see which stories basically jump off the ice and snow and straight onto the tube.

“That is what makes it must-see TV, those moments are so dramatic,” Tirico says. “There’s four years of buildup to a downhill run or slalom run or short and long program. How you will be referred to in the future is on the line. Those things stay with people for life.”