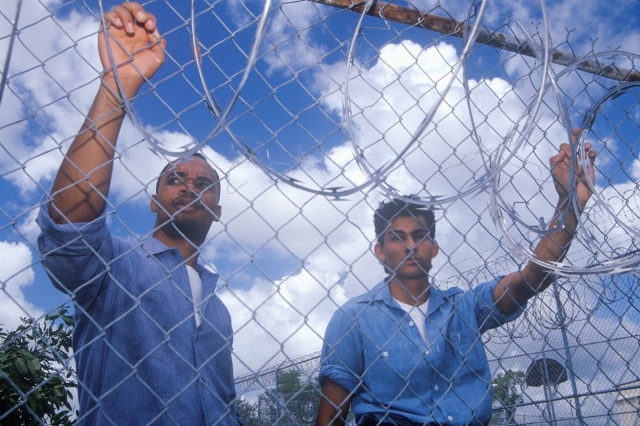 TALLAHASSEE, Fla. – A federal judge ruled Monday that prisoners can’t be counted for population or in drawing up boundaries of voting districts in Florida, a decision that could have repercussions statewide.

The decision was based on the drawing of district maps for county commission and school board seats in Jefferson County, located in northwest Florida.

According to the Florida American Civil Liberties Union, the decision by U.S. District Judge Mark Walker marks the first time a federal court has issued such an opinion on “prison-based gerrymandering.”

The ACLU and several Jefferson County residents filed the lawsuit after the county – which had a non-prison population of 13,604 in the 2010 census – counted 1,157 Jefferson Correctional Institute inmates in one district.

That amounted to more than a third of the population of that district and gave the eligible voters in the district almost twice the voting power of others in the county.

During arguments made before Walker in January, county officials said that by law they must use census counts, which include prisoners, in drawing districts and cited a 2001 Florida attorney general’s office opinion.

ACLU lawyers countered by saying that state law isn’t specific on the issue while saying seven counties chose not to count prisoners when they drew districts.

“This ruling is a major win for the principle of `one person, one vote,” stated Randall Berg, director of the Florida Justice Institute. “Judge Walker’s ruling is a resounding affirmation of The Fourteenth Amendment rights of the people in Jefferson County whose representation was being diluted by this system.”

Berg added: “With roughly 100,000 people incarcerated in Florida state prisons alone, the process of prison gerrymandering must come to an end.”

The county must submit a proposed map that complies with the ruling by April 4. Otherwise, the court will draw its own interim map.

The ruling in the Jefferson County case comes just days before a three-judge panel is scheduled to consider a lawsuit challenging Florida’s current congressional map.

U.S. Rep. Corrine Brown maintains that the map approved last December by the state Supreme Court violates federal law because it dilutes the voting strength of black voters. One of her arguments in her lawsuit is that legislators relied on black prisoners when calculating the number of potential black voters in the district. The new map shifted Brown’s district from one that runs from Jacksonville to Orlando to a district that stretches across north Florida from Tallahassee to Jacksonville.

The U.S. Supreme Court is also considering a Texas case over whether all residents including prisoners and aliens, or just eligible voters, should be counted.