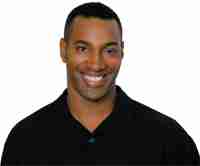 The U.S. Small Business Administration (SBA) was created in 1953 as an independent agency of the federal government to aid, counsel and assist small businesses. The SBA helps Americans start, build and grow businesses.

SBA loans are made through banks, credit unions and other lenders who partner with the agency. It provides a government-backed guarantee on part of the loan. Under the Recovery Act and the Small Business Jobs Act, SBA loans were enhanced to provide up to 90 percent guarantee in order to strengthen access to capital for small businesses.

But in March 2014, it was reported that, for the fiscal year 2013, African Americans received only one percent of the $23.09 billion distributed by the SBA. Whites and a few others like white Hispanics received the remaining 99 percent.

It’s inexplicable how there can be such gross disparity when it comes to accessing capital to start businesses. The number is staggering. Whites get 99 percent of all small business loans guaranteed by the government.

African Americans are still fighting for the right to vote, education funding, fair housing, food assistance, fair and equal crime sentencing guidelines. Although these issues are important, none is more vital than receiving the same opportunity to start a business as any other American.

If blacks received the same opportunity as other racial groups to open a business in their
communities, they would depend significantly less on social programs. Not only that; thriving business
communities have less crime, better schools and lower unemployment.

If blacks received the same opportunity as other racial groups to open a business in their communities, they would depend significantly less on social programs. Not only that; thriving business communities have less crime, better schools and lower unemployment.

The final insult comes from the U.S. Citizenship and Immigration Services (USCIS), Section 203(b)(5) of the Immigration and Nationality Act and 8 CFR 204.6. This program allows entrepreneurs (and their spouses and unmarried children under 21) from foreign countries who make an investment in a commercial enterprise in the United States and who plan to create or preserve 10 permanent full-time jobs for qualified United States workers eligible to apply for a green card (permanent residence).

They must invest $1,000,000 or at least $500,000 in a targeted employment area (high unemployment or rural area). In return, USCIS may grant conditional permanent residence to the individual. It’s no surprise that most of these foreign businesses land in impoverished black areas.

In other words, the United States government would rather support business owners from foreign countries than blacks in their own neighborhoods.

There are several solutions to this problem. For starters, these communities can start by pressuring local elected officials to force change. And, if they don’t see any improvements, they should elect someone else.

Almost half of the world’s wealth is now owned by just one percent of the population, a trend that seems irreversible. On the other end of the spectrum, blacks are receiving only one percent of America’s small business loans and that is something that can be changed.

John Dudley is a freelance writer living in Miami Beach. He may be reached at Mrinvestor2u2002@yahoo.com

Next post We know the monsters: Barack Obama isn’t one