270,000 BCPS STUDENTS HEAD BACK TO SCHOOL ON WEDNESDAY, AUGUST 14, 2019 SUPERINTENDENT WELCOMES STUDENTS ON THE FIRST DAY OF SCHOOL 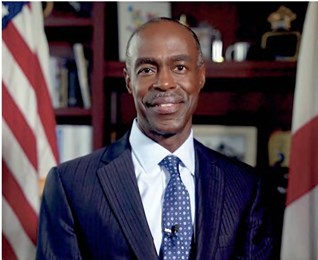 The Superintendent begins his day at the South Area Bus Terminal in Pembroke Pines at 5:30 a.m., as school bus drivers arrive to prepare to meet over 73,000 student riders across the District.

With more than 1,200 school buses and 1,000 routes, BCPS has one of the largest transportation fleets in the country and has the largest propane fleet in Florida with 225 buses. All buses have a GPS system and a new 400 MHz two-way radio system.

The Superintendent’s day will include lunch with students at Coral Springs Pre-K-8. He will also be joined by members of the Miami Marlins and Billy the Marlin to welcome students at several schools.

Warden reassigned from Manhattan jail where Jeffrey Epstein died, 2 guards placed on leave The warden of the federal lockup where accused sex trafficker Jeffrey Epstein apparently took his life has been temporarily reassigned and two guards tasked with watching the financier were placed on leave, Justice Department officials said Tuesday. The move to reassign the warden, Shirley Skipper-Scott, came days after Epstein’s body was found at the Metropolitan Correctional Center in Manhattan.

Meanwhile, FBI and Justice Department investigators probing Epstein’s death are being stymied by some federal employees who are “lawyering up,” an administration source said Tuesday.