Board unanimously approves putting ‘In God We Trust’ on schools 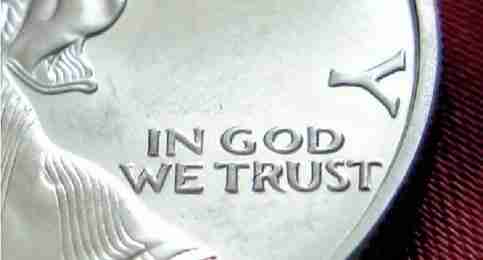 CULLMAN, Ala. (AP) – The Cullman County school system voted Thursday to put “In God We Trust” on school buildings.

The Cullman Times reports that the Cullman County School Board on Thursday unanimously approved a resolution to display the motto at all county schools.

The action comes after the Alabama Legislature this year voted to allow the motto’s use on schools, courthouses and other public property “Some people may disagree with it, but the Legislature voted to allow it,” Superintendent Shane Barnette told newspaper. “I think it’s important for students to know the history and how this came about in our nation’s early years.”

Brock Boone, an attorney for the American Civil Liberties Union of Alabama, told the newspaper that the display could make some feel unwelcome.

“I think it is unfortunate the county school board wants to make people who disagree, or may not be religious, or of a different faith feel alienated,” said Brock Boone, an attorney for the ACLU in Alabama. “If someone wants to attend a private religious school, then that’s fine to post it.”

It is not known how many school systems have taken action to display the motto since Alabama lawmakers approved the legislation.

The Alabama legislation is not a mandate. Tennessee lawmakers this spring approved legislation that requires the motto’s prominent display inside all public schools.