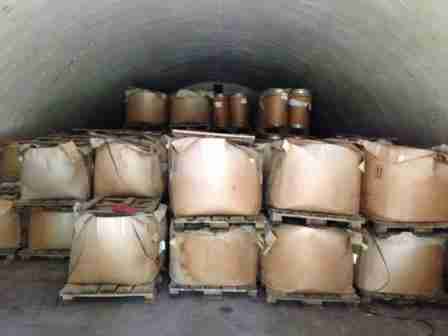 NEW ORLEANS (AP) _ The Louisiana National Guard says it has a contract with a Baton Rouge company to begin getting rid of about 7,800 tons of potentially explosive artillery propellant at Camp Minden.

It said Thursday the initial contract with Explosive Service International is for $19.3 million, with another $15 million or so in federal money expected.

Authorities learned there was a problem in 2012, when a bunker leased from the Guard by Explo Systems exploded. The blast shattered windows four miles away and created a 7,000-foot-high mushroom cloud.

Next post Fitness trackers are hot, but do they really help?