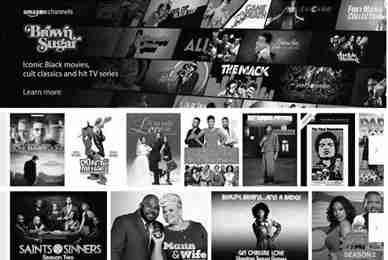 Amazon Prime members can now watch Brown Sugar’s extensive and one-of-a-kind library of iconic black movies, all unedited and commercial-free as they were originally seen in theaters.

Prime members can purchase a subscription directly, which will also enable them to access the service at BrownSugar.com and on other Brown Sugar-enabled devices. Prime customers receive a seven-day free trial, and then pay $3.99 per month thereafter.

It is available on Apple TV, Roku, Amazon Fire TV, Amazon Kindle, Android and Apple smartphones and tablets and web browsers via BrownSugar.com.

The service also has Google Chromecast capabilities which allow video to play on televisions directly from mobile devices and tablets for consumers with Android and iOS devices.

Bounce, which operates Brown Sugar, labels it self the fastest-growing African American network on television.