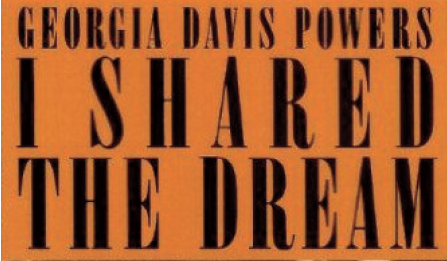 LOUISVILLE, Ky. (AP) – Georgia Davis Powers, a giant in the fight for civil rights in Kentucky and the first African-American woman elected to the state Senate, has died. She was 92.

She died around 3:40 a.m. Saturday at her brother’s home in Louisville, said Louisville’s NAACP President Raoul Cunningham, a friend for five decades.

“When you think of civil rights in Kentucky, you have to start with Georgia Davis Powers,” said Kentucky State Sen. Gerald Neal, a longtime friend and colleague who says Powers inspired him into public service.

She fought for fair housing and employment rights, became a close confidant of the Rev. Martin Luther King Jr., and served 21 years in the state Senate. She was soft-spoken, gracious, quick with a joke, Neal said. But in her battle for civil rights, she did not blink.

Powers was born in 1923 in Washington County, Kentucky, the only girl among her parent’s nine children. The family moved to Louisville when she was a young child. As a teenager, Powers quit a job at a five-and-dime store rather than tell black customers they weren’t allowed to eat their food at the counter.

“I didn’t like it. I knew it was going on and I always wondered what could be done about it,” Powers said in an interview. “And in my young mind I couldn’t think of anything to do about it.”

That didn’t last for long.

During Kentucky’s civil rights movement, Powers was a founder of the Allied Organizations for Civil Rights. She also helped organize a 1964 march in Frankfort – an event that attracted King, baseball legend Jackie Robinson and folk singers Peter, Paul and Mary— to push for an end to racial segregation in public accommodations. Two years later in 1966, the General Assembly passed a civil rights law, making Kentucky the first southern state to do so.

“She was a fighter, and she knew how to fight,” said Cunningham. “She was a champion of equal rights for women, for lesbians and gays, for the economically deprived. Her voice will be missed.”

By 1967, Powers became the first Af-rican-American woman elected to the Kentucky Senate. She took office in 1968, and for next 21 years fought for African-Americans, women, the poor, the disabled, the disenfranchised.

“She was fighting for equality for all people while I was still fighting for my first Golden Gloves title,” boxing legend Muhammad Ali, a Louisville native, said in an emailed statement. “Senator Powers leaves behind a rich legacy of civic engagement and social justice.”

One of the first bills she introduced in the Kentucky General Assembly was dealing with the removal of race from the state’s operator’s licenses. Later, Powers said that effort was prompted by her own experience when as a 16-year-old trying to get her license she was asked her race.

“That’s how this discrimination affects young people, see,” Powers once said in an interview. “It stayed in my mind all those years.”

She was close to the icons of the civil rights movement. She gained national attention after she said in her autobiography she had a yearlong affair with Dr. Martin Luther King Jr. and was with him at the Lorraine Motel in Memphis, Tennessee, the night before he was killed.

In I Shared the Dream, Powers said the affair started about three years after she first met King and ended when he was assassinated in 1968. Others close to King questioned her story and her motivations for telling it.

She said his sister had struggled with congestive heart failure.