Jay Jones Got Next for Young Money 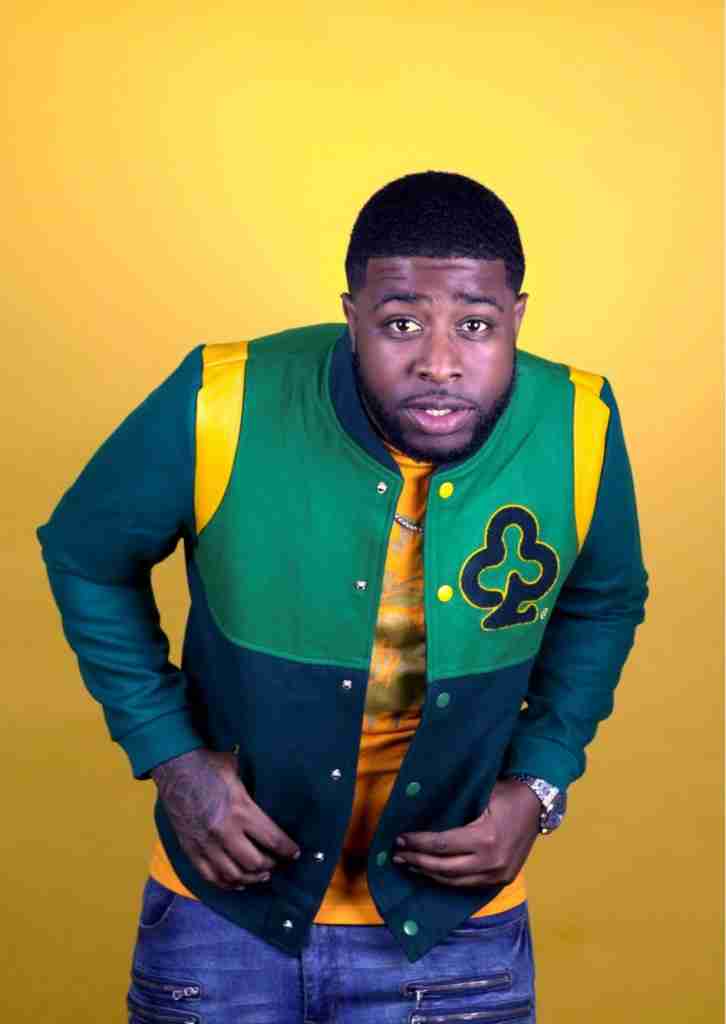 NEW ORLEANS – New Orleans has always been known for its rich musical history – and now Young Money rapper Jay Jones is gearing up to become a part of it.

Jones, whose real name is Ronald Jones, hails from New Orleans’ Hollygrove neighborhood and is dropping a project that pays tribute to his roots entitled “2000 Hollygrove” on Dec. 29. The project’s first single “Go Crazy” featuring Lil’ Wayne dropped last week and already people are hailing Jones as Young Money’s next big thing. With so much buzz you’d think Jones might have a bit of an ego.

Not so. The gifted lyricist is as humble as they come – and his onstage persona matches his offstage one. According to Jones, what you see is what you get.

“I don’t have no problem with being myself. I’m me at the end of the day. I feel like a lot of rappers are their stage names and they are separate from their real lives. People cut on their personalities for the camera and they’re not that person 24-7, so I’m me,” Jones told the South Florida Times in an exclusive phone interview. “I’m gon’ give you me; I’m gon’ give you the real me. I’m not gon’ hold nothing back. I’m gon’ give you that New Orleans flavor, that New Orleans’ style and lingo. … I’m the same person on-camera, off-camera, on-stage, off-stage. I’m gon’ have that same vibe.”

MUSICAL GENES
Jones actually has music in his blood. His father, J Dawg of the group Black Menace, is one of the pioneers of New Orleans Hip Hop. Jones said growing up around the culture spurred a love for it in him.

“My Daddy is a New Orleans hip hop rap legend … he’s one of the dudes who helped mold the New Orleans rap scene with No Limit Records, Cash Money and he had a label called Big Boy Records with Mystical, Fiend and Partners-N-Crime and different artists like that,” Jones said. “So my whole life I was just under the shadow of my Daddy and in the studio as a baby and a kid just watching them do shows and stuff like that. That’s where my love for music started; just looking up to my Daddy and … being in that environment. Every kid that got a father figure in their life looks up to their father.”

With a background like that, it’s no surprise Jones decided to pursue music as a career – but he initially decided to do it as a solo artist. Then around 2013, he joined the group 0017th and the group started doing cyphers.

“I dropped my first project in 2012 and then I got in the 0017th situation in 2013-2014. We would do cyphers and stuff and Mack Maine, the president of Young Money, he would come down and host the cypher,” Jones said, revealing that Maine decided it made sense for him to join Young Money after watching him grow and evolve in his craft.

“He was always around just watching and looking at everything. I was working and built my buzz up and it kind of made sense at the end of the day … because he’s been around since the beginning and watching the growth of everything,” Jones said. 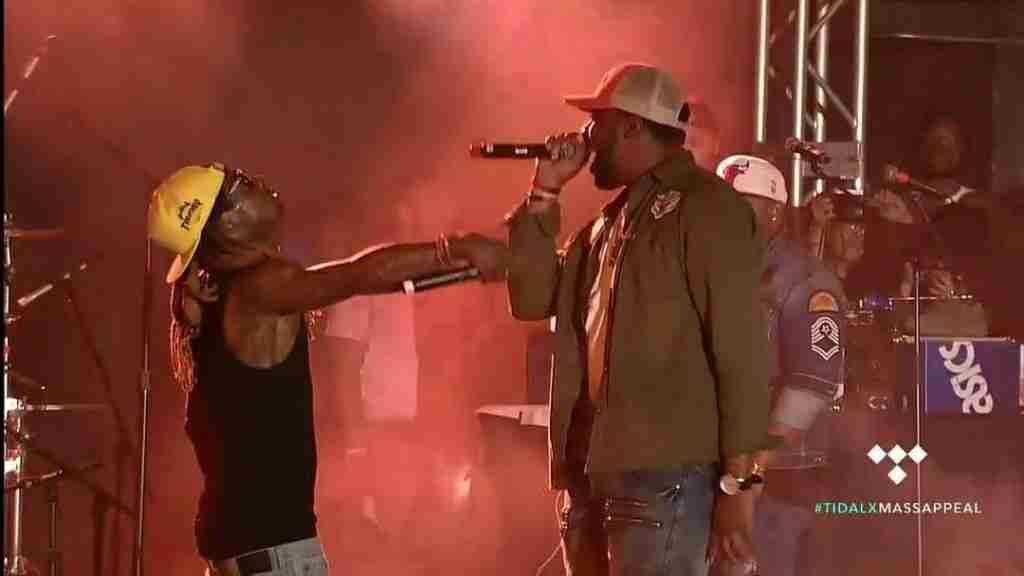 PUTTING ON FOR HIS CITY

Now, after years of grinding, Jones said he’s looking forward to using his growing platform to open doors for other artists from his hometown. Though he’s a solo artist, he’s also still a member of 0017th.

“I have a lot of close friends that do music and so I want to go hard and put myself in a position so I can put them in a position to build brands and businesses and different empires. I want to be an all around businessman that makes good music and leaves a legacy in the game,” Jones said.

On “2000 Hollygrove,” Jones said listeners can expect to hear a lot of his story, including his struggles and triumphs.

When asked how he feels to be a part of the surge of talent being recognized on a national scope coming out of New Orleans, Jones said he was excited to be in the number.

“I just feel good because I feel like New Orleans hasn’t been in that type of spotlight and had anybody take off and do something major in a long time and I really feel like we’re overdue,” Jones said. “Every other city had their run from New York to Atlanta to Cali so I feel like its time for a New Orleans run. … Actors, singers, rappers and a lot of people are popping up so I feel like its really possible for 2018.”

Jones said despite the buzz and love he’s been receiving, he doesn’t take the support of Young Money and Lil’ Wayne (who he calls big bro) lightly.

“I talk to big bro a lot … and Wayne compliments me on my music so … a compliment from Wayne, and Wayne being like the GOAT (Greatest of All Time) of this music and being who he is and being this legend in this music game … for him to even compliment what I’m doing is huge to me and I really remember whenever he compliments me,” Jones said. “With me being from New Orleans and from the same neighborhood as Wayne and to be able for my first single that’s out there to the world like that to feature big bro, I’m extremely excited.” 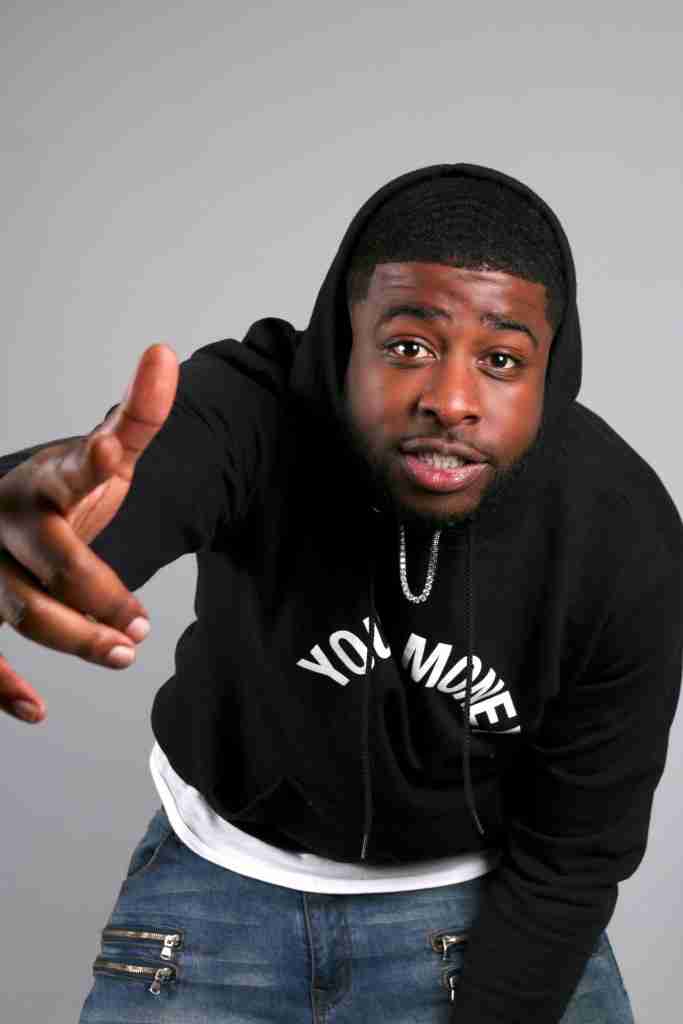 His ultimate goal: To cement his place among the greats.

“At the end of the day I really love doing music and I want to be mentioned next to the greats … I’m trying to be ‘The Big 4’ you know. I see a lot of blogs saying ‘The Big 3’ with Nicki, Drake and Wayne, but I’m trying to be the one that comes to the table and do these platinum records and sell out these arenas and do those caliber of shows,” Jones said. “I’m trying to bring the same thing to the table that all these other great artists brought to the table … the sky is the limit. I’m trying to make it to the moon really.”

Thus far Jones is grateful for the love from his growing fan base and hopes they continue rocking with him.

“The response has been crazy, I’ve been getting a lot of love from it, a lot of feedback,” Jones said. “I put a lot of work into the single and into the project so I’m just excited for everybody to get it and listen to it and enjoy it as much as I enjoyed making it.”

And though Jones is undoubtedly a NOLA man, we’d be remiss not to mention he also has a love for South Florida and lives in Miami for several months at a time.

“I love Miami, especially coming from New Orleans. The weather, the beaches, everything is nice about Miami,” Jones said. “The food’s a little different, but I love it. I like the Haitian food, the rice and beans. I’m on that. The jerk chicken and stuff; that’s the wave right there.”