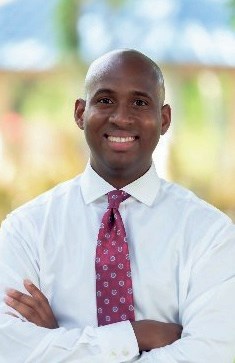 Hardy emphasized in a statement that jails are dangerous places in normal times but in a pandemic can be especially dangerous.

“Detainees live in close quarters. Staff track germs in and out of the jail with each shift they work. When a person is arrested and detained in a jail, they are exposed to an environment that is ripe for disease transmission. But when they are released, the public is exposed to them.”

COVID-19, he said, “is running rampant in the Sheriff’s jails. The Palm Beach Post reported that the test-positivity rate for COVID-19 in the main jail was as high as 34% last month. For the health of both the detainees and the general public, the Sheriff must take action to quell the spread of COVID19 in his jails. He needs to regularly test all detainees for COVID-19, and he needs to work with local, state, and federal partners to obtain and administer vaccines to all eligible detainees.

“The detainees in Sheriff Bradshaw’s jails are still people. Their lives matter. They deserve equal access to the vaccine. Sheriff Bradshaw has a professional and moral obligation to provide it to them.”

Hardy last month called for the Florida Model Jails Standards (FMJS) Committee, which oversees the 93 locally operated jails in Florida, to require inspections at the county’s detention facilities no later than March 31. Jails are statutorily required to adopt and uphold the standards, he noted, including 2.4, which requires that jails and their medical facilities be inspected each year, no later than Dec. 31, by independent and certiﬁed inspectors.

The inspection reports are to be submitted to the FMJS Committee each year, he said, but the FMJS committee chair issued a July memo suspending that requirement, allowing jail administrators to essentially self-report their compliance.