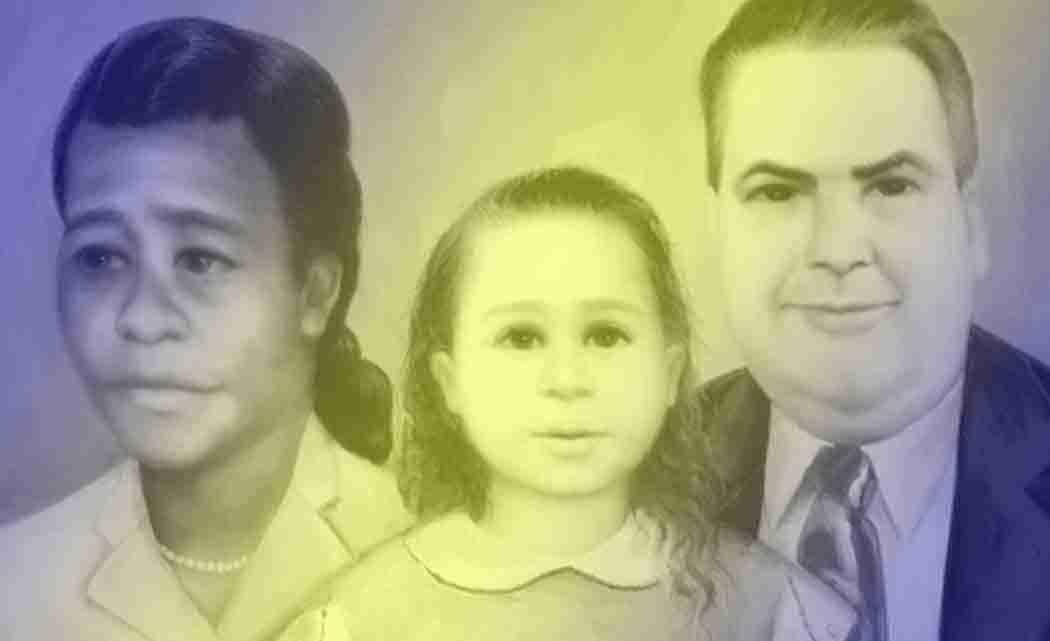 Prosecutors told the all-white, all-male jury that McCollum shot the doctor after an argument over a $116 bill. Yet she was the wife of a prominent businessman who ran a gambling outfit, and was carrying around $1,800 in her purse on the day of the shooting.

McCollum testified that Adams, the son of a powerful political family who was known around town for caring for the poor, had forced her into a long sexual relationship that resulted in an unwanted child, and that she shot him in self-defense.

The case is the focus of a new documentary titled You Belong To Me, which compiles a decade of research and interviews with family members, reopening old wounds in this small Southern town nestled amid farm country.

The slaying stirred racial tensions in Jim Crow-era Suwannee County, when robed Ku Klux Klansmen regularly marched through Main Street in a show of force and lynchings were common in the Deep South.

“Both families were negatively affected by this tragedy,” said Eric Musgrove, a local historian and court clerk who gives talks on the case to schools and other groups. “A doctor and a wealthy powerful couple in town were gone in a flash.”

McCollum was found guilty and sentenced to death at her first trial but later avoided execution by winning an insanity plea. She was eventually moved to a state mental hospital, then freed in 1974 after the state’s high court found her legally insane. She died in 1992.

The sordid tale of sex, race and violence has inspired others to tell McCollum’s story, with different conclusions about her motivations.

William Bradford Huie’s book The Crime of Ruby
McCollum inspired the new documentary. In his telling, McCollum’s relationship with Adams was consensual, and she became a drug addict and killed him after losing her mind. McCollum had been receiving injections of some kind of intoxicating substance from Adams, but it was unclear whether she sought them out or he used the drugs to take advantage of her.

Family members told Hagin and the film’s researchers that McCollum was well-educated and prosperous and that the family believed the doctor had used drugs to control her.

“I could not wrap my head around the story, that a woman of Ruby McCollum’s stature … would see anything that could be a good future for her to have a sexual relationship with a white doctor,” Hagin said. “I wanted to get family members on both sides to tell their side of the story.”

Trial transcripts from 1952 show that Ruby told jurors that she felt pressure to do what Adams told her to do, though the jury was told to disregard much of her testimony after the judge allowed dozens of objections from prosecutors.

“I was just so worried, I had to either yield or maybe die, I suppose that was what would happen,” Ruby McCollum testified, according to trial transcripts.

The film’s researchers also found that Adams had a dark side that jurors never saw. In Live Oak, he was a respected doctor who helped the poor. But records show he forged letters of recommendations to get into medical school. Also, McCollum testified that Adams had a friend deliver the baby they had together and that she never received a birth certificate. He needed to hide the baby because it was around the time he was running for state senate.

Sam McCollum Jr., one of McCollum’s children, told the filmmakers that a white doctor in the Jim Crow-era South was akin to a “God in the community.”

In the black community, the McCollum case was spoken of only in whispers, said Tameka Hobbs, a history professor at Florida Memorial University who grew up in Live Oak.

“With Ruby there was so much shame in the black community because of the sexual liaison, they really did not want to talk about it,” Hobbs said. You Belong to Me doesn’t give viewers a definitive conclusion, but it sheds new light on the case and has sparked new discussions about race. Musgrove, the local historian, is receiving more requests for presentations on the case. Hagin hopes the documentary helps inspire funding for a feature film, which actor James Brolin has signed on to direct, should they get the money.

Live Oak today is a much different town than the one where Adams was slain, but the ornate 1904 courthouse where the McCollum trial took place is still the largest building around.

And issues of race still make headlines. The Southern Poverty Law Center in 2012 filed a federal civil rights complaint after a study found black children in Suwannee County and four other Florida school districts were punished or arrested at a higher rate than other students.

Some in Live Oak’s black community say that the case is still something older generations won’t talk about but that they see hope in new generations.

Next post Millions rally for unity against terrorism in France

Previous post John Conyers: The portrait of a Dean