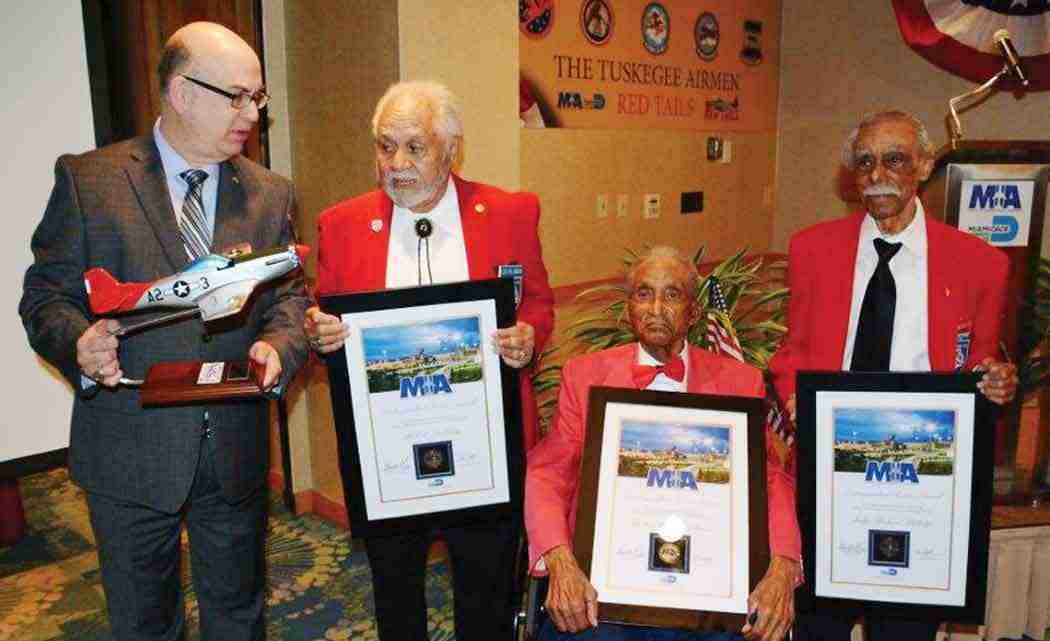 Gray, 90, lives in Coconut Creek, Williams, 97, in Richmond Heights, and Rutledge, 92, in Plantation. The trio was honored earlier this month with special proclamations by the Miami-Dade County Public School System.

“These brave men represent the very greatest of the Greatest Generation,” said González.  “Like so many men and women of their era, they willingly stepped up and served America and its allies in a time of dire need.  But the Tuskegee Airmen stand apart because they overcame additional obstacles, and yet went forth and served the United States honorably.”

The Tuskegee Airmen, also known as the Red Tails, were men and women who enlisted in the U.S. Army Air Corps or served as civilian support staff in the Tuskegee experience. Approximately 300 Airmen flew more than 15,000 missions in Europe from 1943 to 1945, serving as bomber protection
escorts and destroying more than 400 enemy aircraft either in the air or on the ground.

Their bravery earned them more than 850 medals, including 150 Distinguished Flying Crosses. In 2007, then President George W. Bush and Congress bestowed the nation’s highest civilian honor, the Congressional Gold Medal, on the group. The medal recognized
their “unique military record that inspired revolutionary reform in the armed
forces.”

Approximately 30 of the Tuskegee Airmen are known to still be alive.