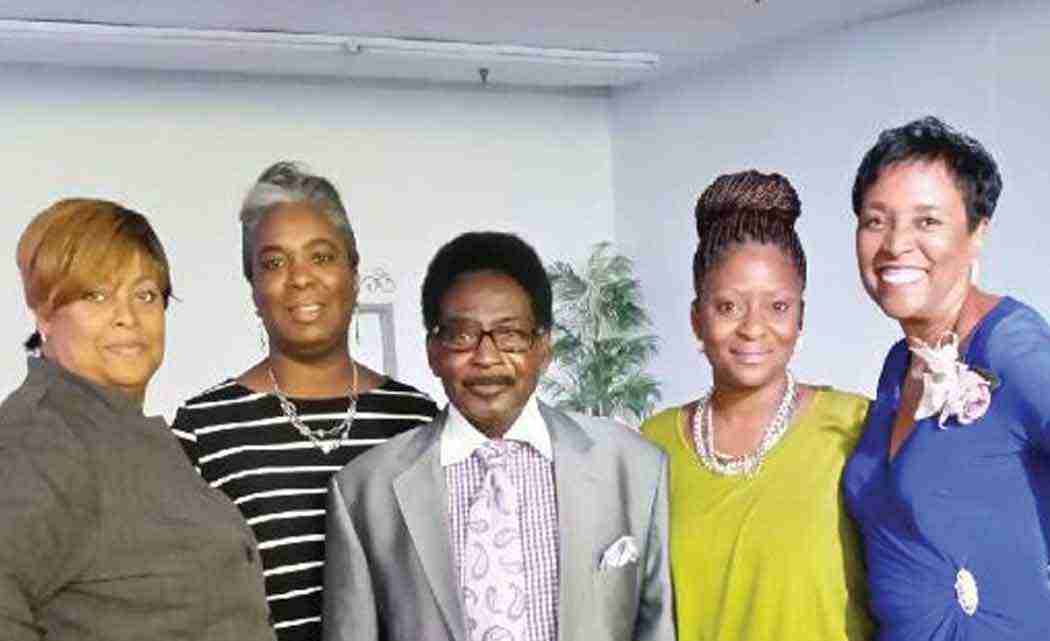 WEST PALM BEACH — It is befitting to have the final farewell celebration for beloved pastor Elder Cornice Reid Jr. on the day after Valentine’s Day because he is our “sweetheart,” longtime church member Mary Lawrence Brabham said Sunday, Feb. 15 at Mount Zion Primitive Baptist Church.  Reid, who last month celebrated his 35th anniversary as senior pastor of the church, more than 100 years old and historically black, also retired recently so he could, in his words, “get some rest.”

There were tears.  And some sad goodbyes.  But mostly, it was an extended celebration filled with sentiments of gratitude and fond memories for Reid. The festivities began at Mount Zion Primitive Baptist, 1425 Ninth St., West Palm Beach, Monday, Jan.19 – Thursday, Jan. 22 as well as Sunday, Jan. 25, and culminated on Sunday, Feb. 15.  The events featured choirs and stirring sermons delivered by visiting preachers, and enjoyed by family and friends from across the state coming to wish Reid a fond farewell after 35 years of service.  “I’ve been a lover of God and a lover of the church for as long as I can remember,” he said.

Reid, 77, said that he didn’t really have preaching in mind when he was younger but rather singing in a gospel quartet.  “All of my uncles were quartet singers.  On Sunday mornings they used to sing on the radio,” he said.  “We would sit there at the radio and listen to them sing.  They were real good and I guess it kind of got in my blood.”

Reid said that he tried to continue with his singing career after he became a preacher but found  the demands of being in a musical group, including the travel, were too much.  He said that he didn’t want to leave his wife, the late Mary Reid, and their children to perform at various churches and organizations throughout Florida and Georgia.  “We went to Georgia, and all up into Tallahassee,” Reid said.  “The first time we went to Georgia, it was so packed the people couldn’t get into the church.”

Brabham said that she thinks Reid has been a community leader, a counselor and a teacher who has touched many lives in a positive way.  “Elder Reid is a gifted gospel singer, having sang with the famous recording group, the Sensational Vocalaires,’” she said.  “And in working with the community, he hosted the first ‘Unity Day’ annual celebration for the Martin Luther King Jr. Coordinating Committee, Inc. of West Palm Beach.”

The father of five recently attended the wedding of his youngest daughter’s son in New Orleans.  Adriene Reid said that her son, Cornice, 27, named after his grandfather, might follow in the pastor’s footsteps one day. “His mannerisms are so much like my dad’s,” she said.  “They both are so humble.  They are nonchalant to many things that most people typically would just go off the scales (concerning).  And he loves reading the Bible.  He’s read it from cover to cover.”

Adriene Reid said that her nephew Aaron Tookes, who is also a minister and singer, is already continuing  the legacy.  “Aaron was born and raised right here at Mount Zion,” she said.  “This is his life, his love, his passion.  And he just mimicked daddy from the (first) day.”

Reid was married to his late wife, Mary, for 49 years.  She passed away last May from ovarian cancer.  “My wife was beautiful,” he said.  “She had a beautiful personality.  And we were what you call ‘in love.’”

Reid said of Mary, who he affectionately referred to as “shug” or “honey dew,” “God couldn’t have given me a better wife.”

Adriene Reid said that in terms of her father’s ministry, she thinks he didn’t see his duties as a challenge.  “If his phone rang 2 or 3 o’clock in the morning, my dad knew his role and my mom knew her role and if she had to drive him somewhere, she would,” Adriene said.

Cornice Reid Jr. said that he misses his wife and losing her was extremely difficult.  “We would never fight or fuss or things of that nature,” he said.  “She was a sweetheart.  She really was.  We did things together.  We went places together.  We just had a lovely relationship.”

Reid said that he has saved all of his sermons from the past 35 years and they were all hand written.  “I have no regrets,” he said.  “It’s been a lovely time as a preacher.  And I enjoyed every minute of it.”