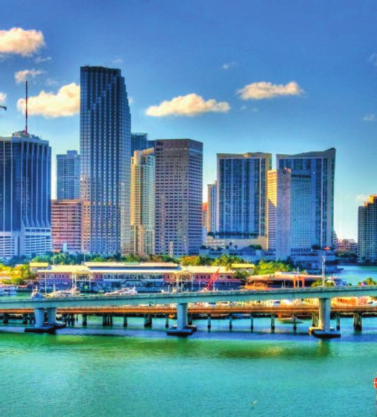 MIAMI – Ever wonder how the Great Depression impacted South Florida? Or the significance of the Tequesta Indians to the area? A new class being offered at Miami Dade College will allow history lovers to learn more about the Magic City. The Miami and South Florida History (AMH 2079) class will be offered at the Miami Dade College (MDC) Wolfson Campus on Tuesday and Thursday evenings from May 10 through June 19.

Notable historian and MDC faculty member Paul George, Ph.D. will teach the class, which will include classroom lectures; visits to historical libraries, repositories and exhibits; video and slide presentations; and tours of Greater Miami’s historic neighborhoods.

During the 16-week course, students will learn about the Bahamian settlers who developed Coconut Grove; the Homesteading Era; the Julia Tuttle and Henry Flagler pact and the entry of the Florida East Coast Railway; the impact of the Great Depression on South Florida; the back story of Miami’s historic places and other pioneers; the Tequesta Indians’ significance to the city of Miami, and the Seminole wars; the roaring 1920’s and the great real estate boom of the 1920’s; Key West’s role in the region’s history; the Depression Era in Miami and South Florida; the Cuban refugee success story; Miami’s emergence as an international city; and much more.

This course accounts for three credits toward teacher re-certification.

George is widely recognized by the media and the South Florida community as the region’s foremost historian.