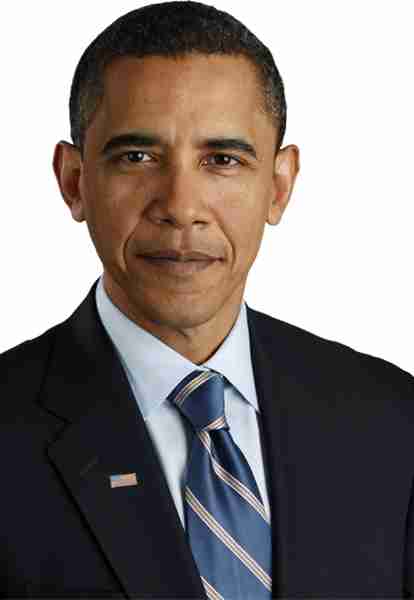 But the split rulings don’t necessarily mean another trip to the Supreme Court for the Affordable Care Act.

And White House spokesman Josh Earnest immediately announced that millions of consumers will keep getting financial aid for their premiums — billions of dollars in all — as the administration appeals the one adverse decision.

In that first ruling, a divided three-judge panel in Washington called into question the subsidies that help millions of low- and middle-income people afford their premiums, saying financial aid may be provided only in states that have set up their own insurance markets or exchanges. 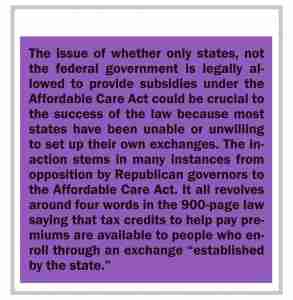 About 100 miles to the south in Richmond, Va., another appeals court panel unanimously came to the opposite conclusion, ruling that the Internal Revenue Service correctly interpreted the will of Congress when it issued regulations allowing health insurance tax credits for consumers in all 50 states.

Split appeals court decisions are a classic route to the Supreme Court. But, in this situation, it is far from clear what will happen because the administration still has a legal card to play.

Since the Washington case was decided by a three-judge panel, the administration will ask the full 11-member appeals court to hear the case. The full U.S. Court of Appeals for the District of Columbia Circuit has seven judges appointed by Democratic presidents, including four by Obama.

If the full court comes out in favor of the administration, the prospect of Supreme Court involvement would be greatly diminished. On the other hand, if the full

Washington court stays out of it or, after a hearing, essentially leaves the panel’s decision in place, then the Supreme Court would almost certainly weigh in.

Democratic appointees also constitute a majority of the full appeals court in Richmond.

Both cases are part of a long-running political and legal campaign to overturn Obama’s signature domestic legislation by Republicans and other opponents of the law.

In the Washington case, Halbig v. Burwell, a group of small business owners argued that the law authorizes subsidies only for people who buy insurance through markets established by the states, not those established by the federal government.

That is no mere technical distinction, since the federal government is running the markets, or exchanges, in 36 states which have refused to establish the exchanges.

The Washington court agreed with that objection, in a 2-1 decision that could mean hefty premium increases for more than half the eight million Americans who have purchased taxpayer-subsidized private insurance under the law.

For those federal exchange consumers, it would result in an average premium increase of 76 percent. Customers now pay $82 on average on total monthly premiums averaging $346. The federal subsidy of $264 a month makes up the rest of the premium.

Two judges appointed by Republican presidents voted against the administration’s interpretation of the law, while one appointed by a Democratic president dissented.

The majority opinion concluded that the law, as written, “unambiguously” restricts subsides to consumers in exchanges established by states. That would invalidate an IRS regulation that tried to sort out confusing wording in the law by concluding that Congress intended for consumers in all 50 states to have subsidized coverage.

“At least until states that wish to can set up exchanges, our ruling will likely have significant consequences both for the millions of individuals receiving tax credits through federal exchanges and for health insurance markets more broadly,” Judge Thomas Griffith wrote.

“But, high as those stakes are, the principle of legislative supremacy that guides us is higher still,” he added.

“We believe that this decision is incorrect, inconsistent with congressional intent … and at odds with the goal of the law: to make health care affordable no matter where people live,” Pierce said in a statement.

In Richmond, the three-judge 4th U.S. Circuit Court of Appeals panel was unanimous in its decision upholding the law’s financing. That court said the IRS did a reasonable job of interpreting legal language that is “ambiguous and subject to multiple interpretations.”

In a concurring opinion, Judge Andre Davis used pizza as an analogy. He wondered what would happen if he were to ask a friend for ham and pepperoni pizza from Pizza Hut, adding that Domino’s would be fine as well. If the friend came back with Domino’s, that would fulfill his request, he wrote.

The seemingly arcane issue could be crucial to the success of the health law because most states have been unable or unwilling to set up their own exchanges. The inaction stems in many instances from opposition by Republican governors to the Affordable Care Act.

It all revolves around four words in the 900-page law saying that tax credits to help pay premiums are available to people who enroll through an exchange “established by the state.”

The challengers to the law say a literal reading of that language invalidates the IRS subsidy to people in the federal exchanges.

The Obama administration and congressional and state legislative supporters of the Affordable Care Act say the challengers are failing to consider the words of the statute in its entirety.

The Supreme Court has considered several challenges to the health care law, most recently ruling that some private companies don’t have to cover birth control if it offends religious scruples. The biggest ruling came in 2012, when a divided court let stand the law’s core requirement that most Americans carry health insurance or face fines.