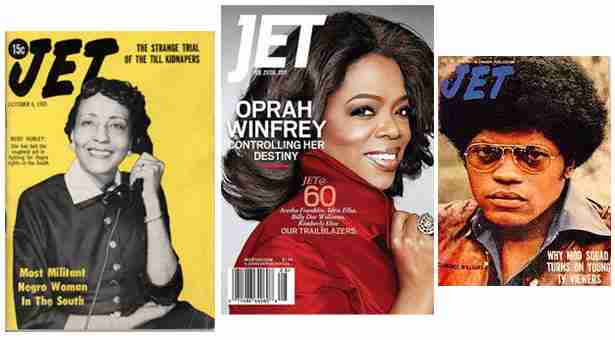 CHICAGO — JET magazine released its final print issue on Monday, June 9. The publication is transitioning into an all-digital format. JET is launching on June 30 a new weekly digital magazine app to be available on all tablet devices and mobile platforms.

“This issue serves as the final bow to everything JET has done over the years,” stated Mitzi Miller, the former editor-in-chief of JET magazine, now editor-in-chief of EBONY.  “From politics to entertainment, JET magazine has had a tremendous impact on society and shaping conversations within the African-American community. I’m very proud of the work I’ve accomplished over the past three years, and excited to see JET now continue this tradition in a digital platform.”

The cover of the last issue features images of previous covers throughout the past 63 years. Inside, readers will find a retrospective of the news covered in the magazine dating from 1951 to the present. Coverage includes:

• tribute to the late Maya Angelou

• The top music albums from the 1950s to the present

• Fashion and style influences over the years

• Coverage of African-American history, from the civil rights movement to a special investigative report on missing Black children

JET magazine, initially billed as “The Weekly Negro News Magazine,” is noted for its role in chronicling the early days of the Civil Rights movement.

The magazine has been a news source to black Americans since 1951, bringing life to its popular catchphrase: “If it isn’t in JET, it didn’t happen.”

“I am very proud of this last issue of JET magazine,” said Linda Johnson Rice, the chairman of Johnson Publishing Company. “It epitomizes the historical influence this magazine has made in this country.

For those who grew up with the magazine, they will find this issue a collection of treasured memories, and a younger audience will see it as the guide that reveals the cultural influences of today.”

Previous post Jesus wants all believers to have glory