Whites are tormented by genetic annihilation 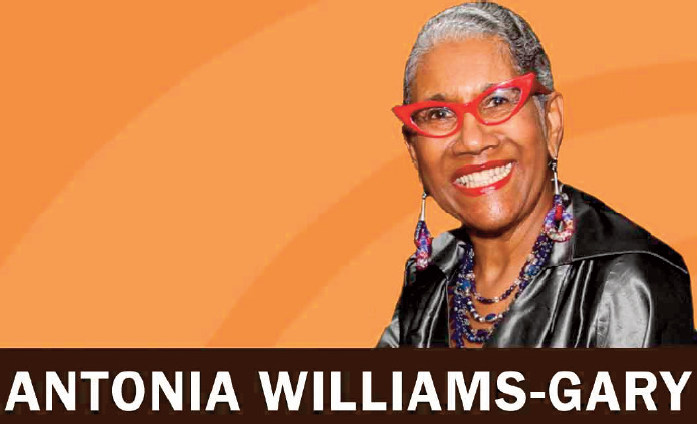 Maybe, Frances Cress Welsing, M.D., general and child psychiatrist (d. 2015) was right after all. According to the Cress Theory of Color-Confrontation and Racism (white supremacy), white people, globally, are afflicted with a condition that she says causes behavior to prevent white genetic annihilation.

Cress-Welsing formulated her theory in 1970, and since then, it is generally accepted science that there is no genetic construct for race, but her theory bears additional examination that may be helpful in trying to understand the unrelenting, ongoing violence perpetrated by whites against people of color.

According to Welsing, the fear of what she called white genetic annihilation, is the driving force behind all of the oppression and brutality that whites commit against people of color. They’re simply afraid that they will go out of existence against the vast majority of the world’s ‘colored’ people. Blacks, because they produce the greatest amount of melanin, are feared the most. They are the most cruelly brutalized through “castration”; literally, and/or through social, economic, political and organized government systems.

In the world of organized systems, America, the newest, is the most perfected.

Welsing wrote a collection of essays, published as The Isis Papers, 1970-1988, in which she analyzed how the bodies, souls and psyches of black folk in America have been adversely affected by the actions of whites. These hostile actions have shaped our self-images, relationships, sexuality (male and female identities), and, the demoralizing effect of worshiping the image of a white God.

The street report has always understood that.

To label her as being outside the mainstream would be an understatement. But the current nightly news is filled with commentary from the likes of Ta’Nehisi Coates, Dr. Marc Lamont Hill, Mellissa Harris Perry, LZ Granderson, Cornell Belcher, Michaela Angela David, and Tim Wise, an enlightened white, who espouse similar theories.

I think the Black Lives Matter movement is in direct reaction to one particularly heinous, systematic, new world lynching of black males: police murders. And that’s the tip of the iceberg.

Multiple studies have corroborated the systematic exclusion of people of color from the upper rungs of American society; through the maintenance of segregated schools and housing; mass imprisonment; suppression of jobs and urban economies, to name a few.

Seemingly, no system of human interaction is exempt. Just this past month, the Supreme Court Justice, Antoni Scalia has gotten himself embroiled in the debate about blacks’ ability to perform in upper echelon universities. And it goes on, and on.

The recent formation of a militia of white men in Oregon, organized to take back the land from the government (read Obama), for use by ‘the people.” What people? This is another example of what Dr. Welsing described.

What are they railing against? The horse has left the barn. Demographers have already projected that by 2050, the majority of the USA will be brown. It is undeniably in our faces. Where to run?

The cities? Look at Detroit. It has been abandoned, neglected, and left to rot away from lack of services and a healthy tax base of industry and commerce. That strategy is mirrored all over the country. I say to all the blacks and browns who have a few nickels to rub together to go buy up the cities now before they are re-gentrified (that’s a code word which means to make white-controlled, again).

What’s left? The territory left for whites to flee is very small. Hence the Oregon stand-off. Where to next?

Keep careful watch. Undergirding the platform of Donald J. Trump’s presidential campaign is fear of ‘the other.’ Who is ‘other’? Mexicans and Muslims: non-white immigrants, thus, proving Cress’s theory, once again. And just where does that put us?

I wrote the following in the 1980s, called Blacks:

Africans, ingested by their white masters,

And who is it who can behold his bowels run on, and on, and on…..

America is getting its enema.