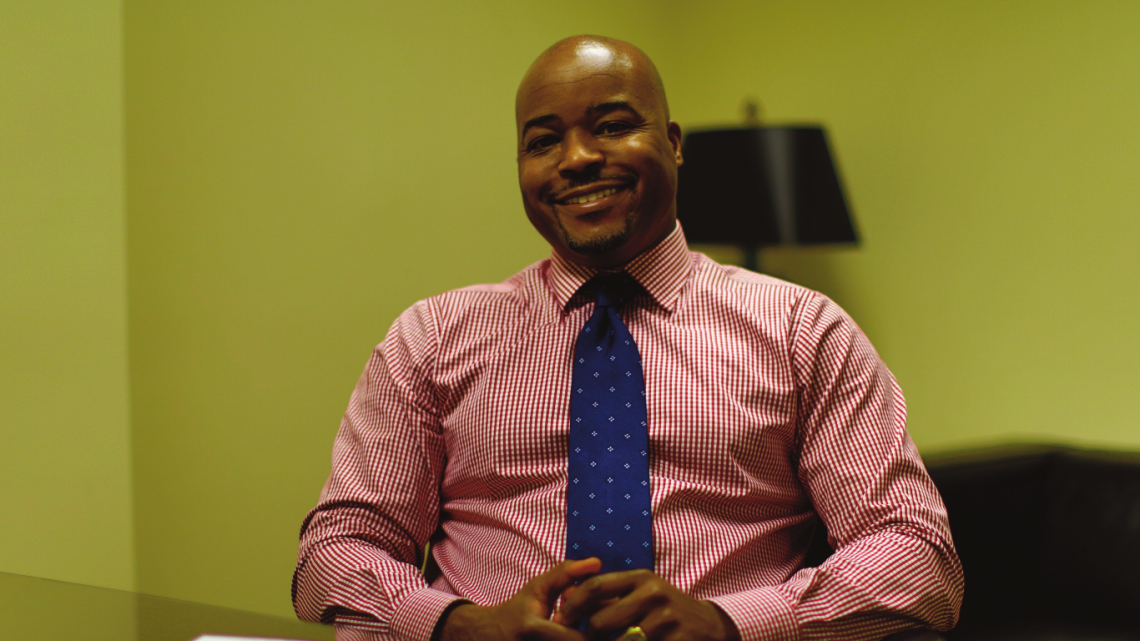 LOUISVILLE, Ky. – Avoiding possible banishment from the bench, a remorseful Kentucky judge was suspended Monday for racially charged comments aimed at a top prosecutor that stemmed from the judge’s frustration over lack of minority representation on a jury panel.

Olu Stevens, a black circuit judge in Louisville, accepted a 90-day suspension
without pay in an agreement approved by the Kentucky Judicial Conduct Commission. A contrite Stevens – once dubbed “Judge Selfie” by a colleague for his prodigious use of social media – acknowledged he violated judicial canons and said his social media onslaught against the prosecutor, Tom Wine, who is white, was wrong.

“I recognize how serious it is to accuse someone, either expressly or implicity, of
racism,” Stevens said in a statement he read to the commission. “I do not believe Tom Wine is a racist. I apologize for any statements that implied as much.”

“I have had no personal animosity toward Judge Stevens and I have none now,” Wine said in a statement after the hearing. “I believe my energies and focus are better spent working for justice and fairness with our criminal justice partners and protecting victims of crime.”

In provocative posts that threatened to end his judicial career, Stevens’ social media barrage came after Wine questioned his authority to scrap a jury panel because it lacked minorities.

During the feud, Stevens had written that Wine’s request that the state Supreme Court review Stevens’ decision to dismiss the jurors amounted to an attempt “to protect the right to impanel all-white juries,” a charge Wine vehemently denied. Stevens suggested there was “something much more sinister,” and wrote that the prosecutor will “live in infamy.” On Monday, Stevens told the commission he holds “no ill-will” toward Wine or anyone else in the prosecutor’s office. Stevens will return to the bench after his suspension.

“I pledge that I will rule on all cases that come before me based solely upon the facts and the law,” he said.

As part of the agreement struck with commission attorneys, Stevens promised not to retaliate against anyone involved in his disciplinary case. A violation would breach the agreement.

The agreement was announced at the start of a hearing that potentially could have ushered Stevens off the bench for good. The commission deliberated a few minutes before accepting it.

“I’m delighted to have this over with, move forward, and I’m looking forward to getting back to the bench,” Stevens told reporters as he headed toward an elevator after the hearing.

“We felt that resolution was in the best interest of justice,” Mando said afterward. We feel like the terms of the agreement allow wounds to heal. It avoids the continued disruption of the administration of justice. And at the same time recognizes the gravity of Judge Stevens’ behavior.”

Last week, Stevens dropped his federal lawsuit against the disciplinary panel. The suit had claimed any punishment would have a chilling effect on judges.

The case began in late 2014 during an African-American defendant’s trial. In a city that’s 23 percent black, 41 potential jurors arrived – only one African-American, according to court records. The defense asked Stevens to dismiss the panel. He declined, noting the lack of diversity was unusual but the panel had been appropriately selected at random.

Neither side struck the black juror. As jury selection neared its end, four jurors too many remained. The clerk drew names randomly to strike. One was the African-American.

Stevens then dismissed the panel because it didn’t represent the community’s racial diversity.

In early 2015, after the defendant was acquitted by another jury, Wine asked the state Supreme Court to review whether a judge could dismiss a random jury panel for racial imbalance absent any evidence that minorities were intentionally excluded.

The Supreme Court agreed to hear the case, and Stevens launched his social media campaign against Wine. His case drew attention regarding what boundaries exist for judges when exercising free speech rights in advocating on issues.

“In this particular case, it was never about Judge Stevens’ right to advocate for improvements in racial diversity in Kentucky,” Mando said Monday. He has that right. But judges are held to a higher standard, and they can’t make statements or engage in actions that undermine, in any way, public confidence in the integrity and impartiality of the judiciary.

“He went about it in the wrong way,” he added.