Warming up to tablets with keyboard covers 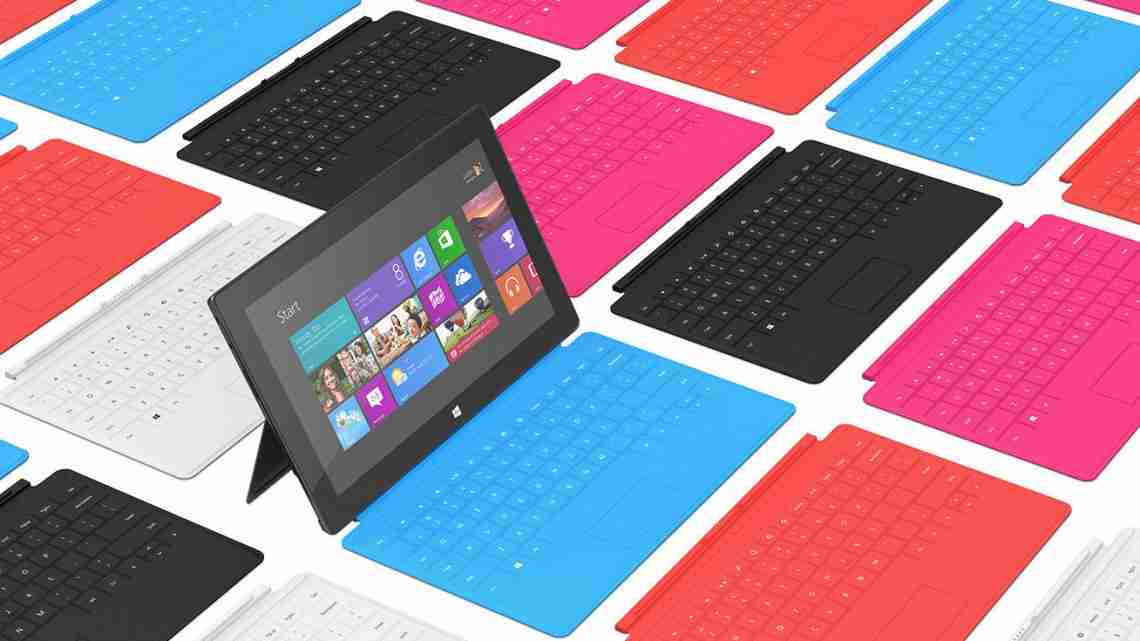 It took some travels across the country for me to appreciate a tablet with a keyboard cover. I’ve long asked, “Why not just get a laptop?” I didn’t see any benefits in turning a tablet into something it is not. The device I warmed up to isn’t Microsoft’s Surface tablet. Rather, it’s the first tablet from Nokia, whose phone and tablet business Microsoft just bought in April.

The Lumia 2520 came across as just another Windows tablet when it was released last fall. My attitude changed once I attached its optional, $150 keyboard cover. The tablet itself starts at about $600 and includes 4G LTE cellular capabilities. Open the cover to reveal a keyboard with six rows of real, movable keys. The bottom of the tablet goes into a slot just above the top row. The top of the tablet is secured with a plastic grip built into the cover. Unfold the cover all the way to get the touch pad for mouse controls.

The cover is bulky and feels like a hardcover book when folded because it incorporates a spare battery. The cover also nearly doubles the weight to about 2.6 pounds. But that battery offers a hard surface underneath the keys and makes it feel as though you’re typing on a real laptop. The hard surface also makes it possible to hold the setup with one hand, just like a real laptop.

I appreciated having the Lumia’s keyboard cover to look up driving directions from the cramped back seat during a drive down California’s Pacific Coast. Typing on a tablet’s touch-screen keyboard would have been awkward, and pulling out a full-fledged laptop would have been uncomfortable.

On the flight to California, my 13-inch MacBook laptop was too big when the passenger in front of me reclined all the way back. The 10-inch Lumia was just the right size. And on a train from California to Colorado, the tablet with the cover was easier to carry to the car with the snack bar.

I was able to type fast and well with the Lumia’s keyboard cover.

Unfortunately, the touch pad itself doesn’t sit on a hard surface, making the cursor hard to control, especially on a lap. And the keyboard is sometimes unresponsive after being idle, requiring me to remove the cover and reconnect it.

The touch pad for Microsoft’s new 12-inch Surface Pro 3 is better than Lumia’s. The new Surface starts at $799 and needs the $130 cover to be useful for heavy typing. The models that are mid-range configurations cost a few hundred dollars more. There’s no cellular version available.

Microsoft bills the new Surface as a laptop replacement, so I’ve tried to use it as such over the past month.

The new Surface has a kickstand that is fully adjustable, making it feel like a laptop that can open at various angles. The Lumia offers one resting position only, giving me some neck pain as I write this review with it.

But the Surface’s keyboard feels flimsy, as though it’s made of cardboard. It attaches to the tablet only with magnets, so either the screen or the keyboard will flop down when held with one hand.

The Surface, like the Lumia, also lacks several slots commonly found in laptops, including one for SD memory cards from cameras. The Surface has only one USB port, making it difficult to attach both a printer and an external storage drive. The Lumia doesn’t have any, but its keyboard cover has two. You can get four additional USB ports and an Ethernet port for the Surface with a $200 docking station, but that makes it more of a desktop, not a laptop.

Beyond the specs, using the Surface just doesn’t feel the same as using a MacBook. It came apart when I placed it on a sofa’s armrest to watch video. And while the Surface is fine for typing on a flat surface, it’s not as comfortable as a laptop on a lap, even with the kickstand improvements. Its touch pad is decent, but I still find myself switching to the laptop when I need a lot of mouse controls.

Both are good tablets on their own, but fall short of being laptop replacements.

As a tablet, the new Surface is the better of the two because it runs a full version of Windows 8. The Lumia runs a pared down version called RT, so apps that aren’t specifically designed for it, such as Apple’s iTunes, won’t install at all. Cheaper versions of the Surface have the same problem, so make sure Pro is in the name.

There are times a tablet with a keyboard cover will be handier than a laptop. Both the Surface and the Lumia are good for that, even though neither is perfect. For Android tablets, I haven’t been satisfied with any of the keyboard companions I’ve tried. Apple doesn’t make one for its iPads.

The Surface does more than the Lumia and has better touch pad controls, but if you’re going to need multiple devices anyway, the Lumia has a better price and a better keyboard cover for carrying and typing. The Surface has improved with each new model, and now that Microsoft owns the Lumia business, I’m hoping the company can make something that combines the best of both.