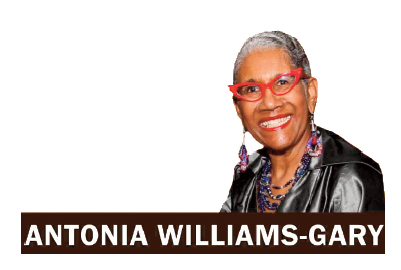 Earlier this week I watched the last Democratic Town Hall meeting. This time, each was more polished, more practiced, and in some instances, more profound.

The most critical comment came from Hillary Clinton in response to a question from an Arab-American woman veteran, who wondered if she could still feel confident that America was the best country to raise her children.

Hillary used the moment to counter the ‘poetry’ of Donald Trump and his rhetoric that has generated criticism of him for being xenophobic, racist, divisive, insensitive, and in some quarters, outright nihilistic. Some fear that his ban may lead to burning.

The election tone and tenor brings into clear light why much of the country is so divided; and an even brighter light is shone when Donald Trump, the leading candidate of the so-called Republicans, speaks. There is still much debate about Trump’s credentials as a real Republican.

But there is no debate about what Trump says, and why he is saying it: he is the angry, white, Christian, heterosexual man. And he has become an endangered species.

Political distinctions aside, what Donald Trump represents is the losing side from the wars fought to win civil rights for blacks; voting rights for women; civil rights to marry the person you choose; rights over your body (Roe v Wade), etc.

I found another partial answer.

While strolling through my Facebook page, I found a video of a lecture by Joy DeGruy, PhD, clinical social work. Nearly ninety minutes long, she took pains to describe her research into the multigenerational impact of slavery; how most Americans suffer some degree of post traumatic syndrome. That is, whites and blacks who continue to suffer.

Just a few articles back, I mentioned the label, Drapetomania, which is the single symptom mental illness pinned on blacks who persisted in their attempts to run away. Dr. Joy also mentioned that label and explained how it was helpful to keep the whites in power in a constant state of cognitive dissonance; to help them justify the continuation of the institution of slavery, and still call themselves Christian men of virtue.

That diagnosis was just one on a continuum of de-humanizing tactics adopted and enforced to keep black folk terrorized.

Dr. Joy – a wonderful name for a self-declared healer- reminds us that whites have been similarly traumatized; they suffer from the results of having to adopt a set of supremacist attitudes; investing in and sustaining racist systems, i.e. the prison system, medical apartheid (experimentations, etc.); Jim Crow laws; mortgage redlining, et al.

Dr. Joy analyzed the universal history and experiences of black people in the diaspora, and she begs us to join her in thoughtful consideration of the following:

1) To suffer from trauma, we don’t have to be in the direct path of an incident. Dr. Joy used 9/11 as an example: many people still suffer who were not at ground zero. She makes the point that while my black parents were not slaves, and your white parents were not slave-holders, we inherited the legacy of our ancestors’ relationships. And that neither of us can afford to be in denial;

2) Blacks have experienced 250+ years of untreated trauma; e.g., codified as three fifths of a person; living under laws that allowed their inhuman treatment to include selling, beating, maiming, lynching, raping, and killing, only to be followed by an additional 150+ years of freedom under Jim Crow and other oppressive laws and biases, through the current day;

3) Many of the universal behaviors by blacks, are part of our cultural inheritance. We learn to do what we are taught. Dr. Joy uses two very common examples: the feeling that we have to work twice as hard as a white to get ahead (or to disprove the notion that blacks are lazy); and not loving ourselves; denying we are all the way black; i.e., going to great lengths to explain our varying skin tones and hair textures: “You know, I’m mixed with (fill in the blank)’

4) Importantly, Dr. Joy reminds us that white supremacy is born from years of dehumanizing blacks; that whites have had to develop a cognitive dissonance in order to feel okay about themselves; and that, too, is also inherited. Today, it usually goes like this, “I am not racist,” meaning, “I did not directly cause your condition, I’m a good Christian, and I have no power to change anything,” or, “You blacks need to continue to pull yourself up by your bootstraps, like my forefathers did.”

She calls this type of thinking a secret that whites continue to tell themselves; to pretend not to know what grandpa did (to black folk). It makes and keeps them sick, too.

Dr. Joy is committed to healing: Me; you; this nation.

And that brings me back to Trump.

He says he can make American great again.

Be afraid. Be very afraid.

Donald Trump’s great America sounds too much like America before the 13th amendment. And that is a losing proposition.

James Baldwin said it best: “The only thing white people have that black people need, or should want, is power, and no one holds power forever.”

This is the beginning of the end.

Previous post Water crisis is in Flint and America