Water crisis is in Flint and America 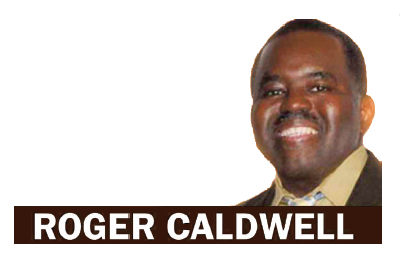 There is no quick fix for the water crisis in Flint, Michigan, and no quick fix in the water problem in America. All across America, there are over 50 cities which have similar conditions as bad as Flint, and no one knows who to talk to about a resolution of these issues. Many of these citizens have poisonous, brown water coming out of their tap, and the EPA is telling them their water is safe.

The Flint water crisis has called attention to the contamination of poisonous drinking water where the pipes under the ground are corrosive, and making children and citizens sick. This situation started in April 2014 when the city switched its drinking water supply from the Detroit Water and Sewerage Department to the Flint River. Flint residents began complaining about the taste, color, and odor of their tap water as well as side effects like rashes and hair loss within a month after the city switched its water supply.

The back story of the Flint water crisis starts in April 2013 when a bankrupted city was under the control of a state appointed emergency manager, and the governor was looking for ways to save money. Many believe that the state was deliberately ignoring the basic needs of the city because sixty percent of the residents are black.

“We’ve had a city in the United States of America where the population, which is poor in many ways and majority African-American, has been drinking and bathing in lead-contaminated water. I’ll tell you what—if the kids in a rich suburb of Detroit had been drinking contaminated water and being bathed in it, there would’ve been action” says Hillary Clinton.

For two years, Governor Snyder, his administration, and the EPA acted as if the residents, mostly black and poor, were not telling the truth about poison lead water coming out of their taps. The treatment of these residents is a racial crime, and the governor and his administration should be fired and prosecuted for breaking the law.

Also, the EPA, the state environmental officials, and the federal government must be held responsible for not doing their job, and putting budgets ahead of peoples’ health and needs. The residents’ problems in Flint were not treated as significant because they had no political power, and they were primarily black.

Consumer advocate and environmental activist, Erin Brockovich, says “the water crisis in Flint is the tip of the iceberg because water contamination is a national problem in America. We can’t politicize water. It shouldn’t be independent, Republican, or Democrat. This is everybody’s issue. This is what sustains our life.”

Erin Brockovich’s company is working in 20 cities across the country with similar problems as bad as Flint. Some of the cities are Tyler, Texas, Hannibal, Missouri, Saint Bernard Parrish, Pittsburg, Pennsylvania, and Stockholm, California. Many of the water infrastructures are 70 years old, and it will take $1.5 trillion to improve and modernize these systems.

As the mayors and the governors fight over budgets, the water utilities are changing the disinfectants, and destroying the quality of the water. It is ridiculous when regulators stand up at a public meeting and tell residents their water is safe to drink, even though the color is brown with a bad odor.

Also, many city water systems are being contaminated by unregulated chemical spills. In Charleston, a chemical called 4-methylcyclohexane methanol leaked into the Elk River, and 400 people came down with rashes, nausea, and vomiting. In the Dan River near the border of North Carolina and Virginia, 82,000 tons of toxic coal spilled into the river.

As more water is contaminated, there is less safe usable water in the country. The federal government must identify and work with the states to improve the water crisis in the country. The national infrastructure must be modernized with a new piping system, and Flint Michigan must become a model of what can be done when the federal government and state are transparent, partnering, and telling the truth.

Next post What is a white, heterosexual, Christian man to do?