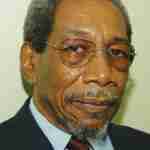 See if you can hang with me on this one.

My perspective on legalization of marijuana (pot) begins with my “street cred,” that is to say my Central Harlem upbringing. It runs through my late wife and me raising a family there – two children, both college graduates – to spending many years after college working with community organizations in several of our nation’s inner cities.

During the course of all these years, I have rarely met a dope fiend that didn’t start out smoking weed. I’m talking pill poppers to heroin addicts, coke snorters to crack and opium smokers. People who smoke marijuana sooner or later tend to dabble with other drugs and many get caught-up.

There is now a widespread marketing and lobbying aspect to the growing surge to legalize pot, albeit ostensibly for medicinal purposes. A confluence of botany, investment and demand will soon cause legal pot companies to merge and create at least one or two IPOs so that Wall Street bankers can get in on the action big-time due to the up-tick in money flow.

Legal pot will grow demand and raise prices due to above-board availability – you just walk into a store, say you need it and you are offered an array of types and prices. Hydroponics has played a key role in the botanical realm of this growth industry. Plants are grown scientifically indoors utilizing little space for the production of larger yields and different kinds of plants with different potencies are produced.

It will take only a little while before Wall Street demands a crackdown on illegal marijuana and the jails begin to swell with more arrests of petty pot pushers. They must be gotten rid of and pressures on law enforcement will also come from stockholders and politicians. God only knows what the religious communities will do.

Suburbanites have significantly more disposable income than mostly black inner-city residents and will form the mainline customers for legal pot shops. The all-important income gap and price differential between legal pot and the coming scarcity of street pot will, indubitably, exacerbate crack usage in predominantly black inner cities. Brace for a new surge in crack production, usage and addiction.

While clearly legal marijuana is another negative for black neighborhoods, its possible coming, so far, has had scant, if any, affect on black religious, political, civil rights and social leaders. The silence is stunning. There seems to be no fight left in apparently worn out and/or compromised leaders.

This is primary election season and placards, yard signs and fliers are everywhere. As always, black politicians got white money to get the black vote. But drugs and black communities are not an issue that politicians touch; it doesn’t get votes. Black voters are immune to all mouthing about that which cannot be stopped: the flow of drugs, money and the fallout of crime. So, nothing is done.

There is also this constant: Elementary school kids, 8-9 years old, know where the drugs are but an array of law enforcement details, including local police, Sheriff’s deputies, DEA, FBI, ATF, and God may only know what other agencies, cannot save children by getting rid of illicit drugs. Now society wants to legalize marijuana, the one drug that tends to lead to so-called hard drug use? Insane!

And then there is that human tendency, born of the need to have even while scarcity is omnipresent: food stamp recipients with wigs and extensions, teachers driving Mercedes Benz cars, people in foreclosure through exotic mortgages, ad infinitum. The better quality legalized marijuana can drive people who cannot afford it to want it and buy it, even if it’s just once in a while.

But, in the projects, where will the money come from to purchase high potency legal pot and how frequently can it be “obtained”? Crack is cheaper and readily available on the streets. No one is stopping it.

Al Calloway is a longtime journalist who began his career with the Atlanta Inquirer during the early 1960s civil rights struggle. He is writing a book of essays. He may be reached at Al_Calloway@verizon.net