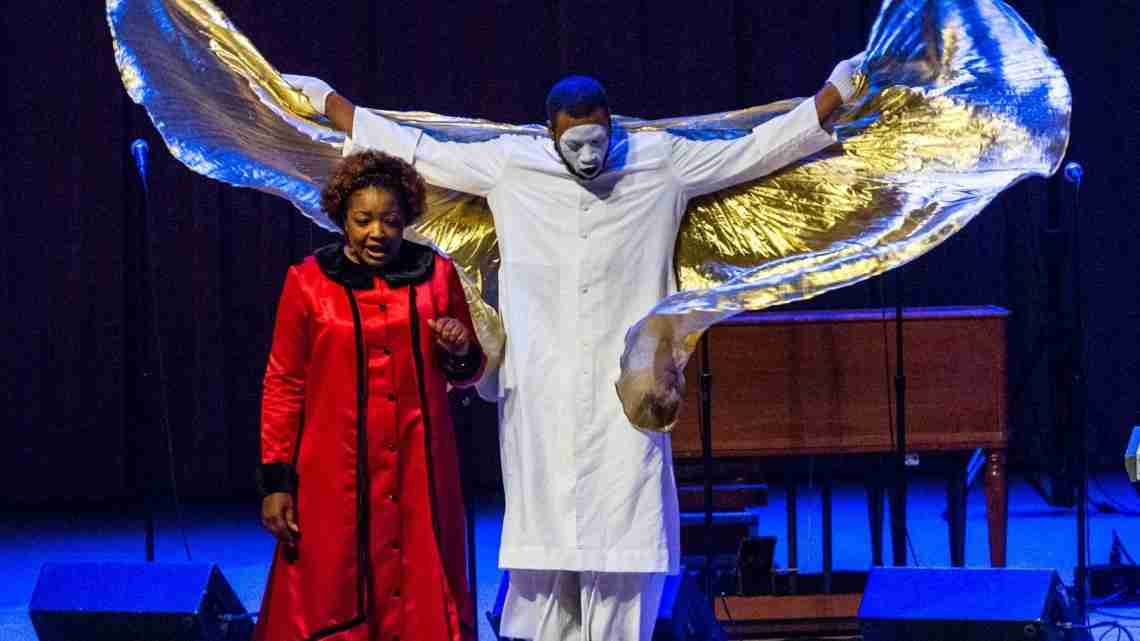 Christal Walker tells the story of Jesus’ love as an “angel” stands behind her.

By MALIKA A. WRIGHT

“Let everything that has breath praise the Lord,” Psalms 150:6 says.

More than 50 gifted singers, dancers, actors and musicians came together with a master storyteller to take part in the eighth production of “Love Equals An Empty Tomb,” a creative storytelling of the passion of Jesus Christ, held on Palm Sunday.

The production will also take place April 16 on Easter at The Lauderhill Performing Arts Center at 6 p.m.

“We’re many with one goal, one purpose and one process,” Christal Walker, the storyteller and executive producer, said. “I’m going to tell it. The vocalists are going to sing it out. The dancers are going to dance it out, but it’s the same story, and it’s a different experience.”

Walker is the founder of Bible Out Loud Ministries, which she describes as “a group of believers coming together in relentless pursuit of a common goal: the spread of the gospel through the rich medium of storytelling.”

Walker said it is important that the Lord reigns and that His spirit accomplishes what He desires to accomplish in her and the rest of His servants.

Both Walker and Antonia Wilson, the musical director, agreed that diverse people will be encouraged by the production because it incorporates various art forms that people can learn from and appreciate including storytelling, music, dancing and images.

Attendees jumped to their feet as the youngest members of the group, Arielle Francis, 11, and sister Amaiya Francis, 10, took the stage singing with passion “Lord, You’re Holy.” 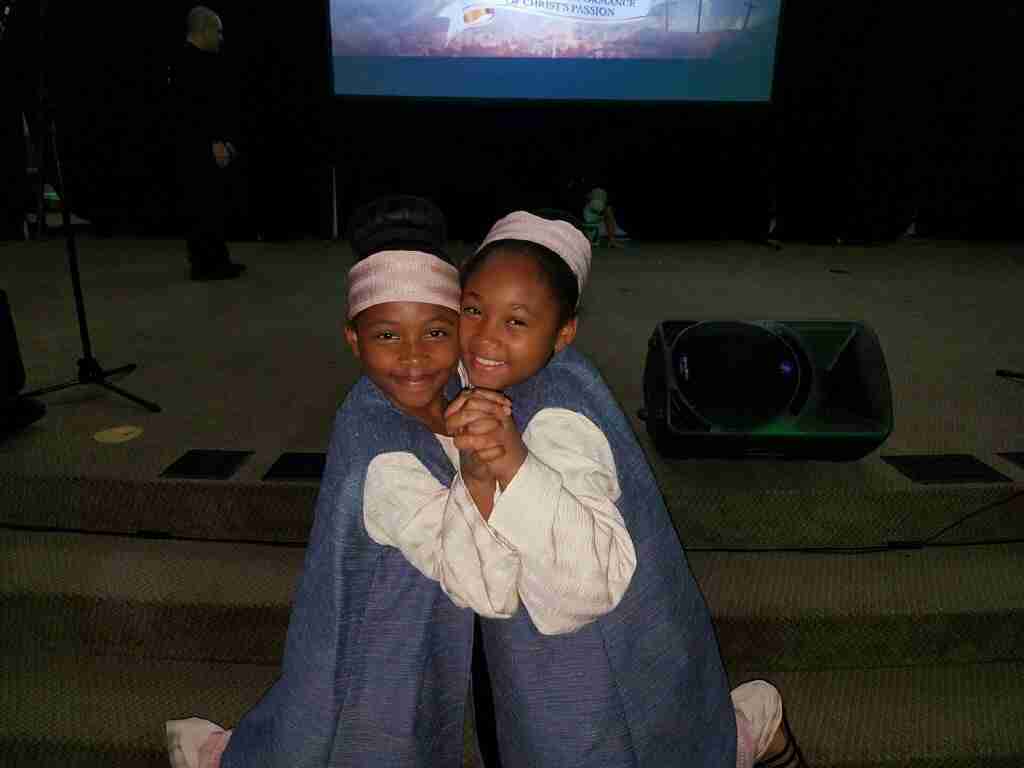 Amaiya, (R-L) 10, and Arielle Francis, 11, are pictured last Sunday after the production.

“It’s important to sing the word of God and encourage people,” the girls said.

Dancing was added to the production several years ago, while Walker was studying the Word to prepare for the production. Walker said she imagined people acting out Peter’s Great Denial.

“I knew instantly that the Lord was telling me that I needed some dancers to act out as I told it, and from the second year until now they have been in there,” she said.

After that show, Walker’s friend told her that she never understood it the way she did after seeing it acted out in the production.

Walker exercised her faith through story telling, as she recited the entire Gospel of Jesus Christ. Although this is her eighth year of storytelling the passion of Christ, she doesn’t rely on her memory to recite nearly 20 pages of scriptures.

“I have to lean on Him for every word,” Walker said. “I have to count on the spirit of the Lord giving it to me just as I have studied. It’s an exercise of faith every time I get up there.”

As the production has impacted people in the past, it will spiritually impact people this year also, Walker said.

“This is the living Word of God spoken into the lives of people,” she said. “The Bible says faith comes by hearing and hearing by the word of God, and if you come see ‘Love Equals An Empty Tomb,’ what I can promise you you’ll have plenty of is the word of God,”

Next post Offering Condolences: Saying and doing the right things