Ever driven down a road & you were directed off your path to what seems like a longer (& loathed) way? Me too! It’s an interruption to your intended path…and GOD kept whispering that to me. During the month of May he  “there are interruptions to your Intentionality”…then he directed me to the story of Joseph.

Fashion: Linens & Their Lessons: Tailored during the twist & turns.

Been shopping lately? Has linen taken over your summer life? Me: Yes & yes but no one knows it better than Joseph. Joseph’s journey was always foretold as one of favor (and it is) but GOD gave me a more glamorous glimpse…garments. Clothes played a powerful part in Joseph’s promotion & plight. The terrible twists, like Potiphar’s wife lying & deceiving many with Joseph’s garment (claiming rape) and his brothers deceiving their father about the blood on Joseph’s colorful coat, were successful due to the capturing/stripping of Joseph’s clothes.

His journey, one of perpetual promotion, showed that at every level GOD brought a new label.  As a sheep attendant at his father’s house, Joseph was dressed with a distinguished colorful coat by Jacob (his father). Following his imprisonment & royal summons, Joseph was adorned for his appearance before Pharaoh (by the prison stewards). Then, after interpreting Pharaoh’s dream, he was promoted & fashioned with fine linens & Pharaoh’s gold chain & ring accessories…talk about not worrying about your wardrobe! Whenever Joseph’s life took a unexpected turn & moved up/forward, so did his fashion…. this man was indeed “fashion forward”. In Matt 6:31 We are instructed to “Take no thought as to what you should wear..” (thanks for the reminder babe) and GOD demonstrated how he will do it with Joseph.

But Joseph’s duds weren’t the only pieces portrayed in the passage but a detour directed us to a woman & her wardrobe was as well..her name was Tamar.

Faith: The Diva in the Detour 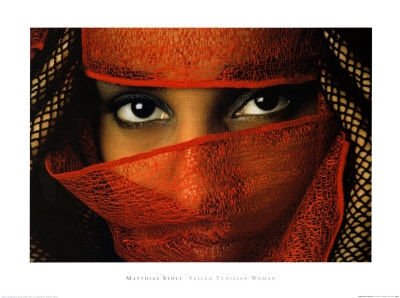 Tamar, the twist in the trail, was the only named woman mentioned during Joseph’s journey.. I renamed her the “woman warrior” because her brilliance & boldness beat the odds when women were, often times, nameless or of no value. Her courageous claim to her inheritance impressed so much that she interrupted the “regularly scheduled program” of Joseph.

See, Tamar was a widow who happened to be Joseph’s niece (by marriage). This widow was passed on to her brother-in-law (once her husband died) to conceive but he wouldn’t cooperate. His resistance left Tamar childless. So, like the true trooper she was, she changed her widow’s wardrobe to one of a harlot and slept with her father in law (unbeknownst to him) and she successful conceived a child…This act of courage rendered her righteous by the very family that overlooked her. This warrior woman’s wardrobe not only aided in her advancement but achieved her inheritance which is why she the interrupted to the intended storytelling of Joseph.

MayDay MayDay!…was the call made during my month of May. It was one of definitive dismay (that rhymes J). I’d had every intention to attend Miami Fashion Week (will be there next yr), meet a renowned/upcoming powerhouse that same week AND start something oh SO sweet!…But sickness and death interrupted my every intention. I spent time tending to my sick dad and had to attend a family member’s funeral instead of what I had planned (talk about a tough time) but the bible stories of Tamar & Joseph’s interruptions reminded me one thing….delayed (just like a detour) does not mean denial (its not the end) because things come to try to distract/deter me but the heart’s purpose/passion will direct me (via the Holy Spirit) like a detour to the initial path/intention. So I say to last month’s interruptions, thank you!  You only gave me more time to max out in the month of June! My best is DEFINITELY yet to come…with new clothes, of course 😉  #NewLevelNewLabels