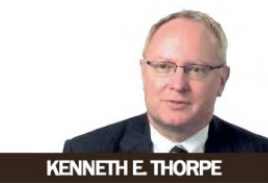 The White House recently ditched a plan that would have reduced Americans’ pharmacy costs by boosting transparency in the prescription drug supply chain.

The rule would have primarily impacted Medicare, the federal healthcare program for seniors and those living with disabilities.

Under Medicare’s “Part D” drug beneﬁt, patients can choose from several competing private insurance plans, each of which covers different drugs and has different cost-sharing requirements.

Typically, insurers that participate in Part D hire “pharmacy beneﬁt managers” — or PBMs — to design and administer these beneﬁt plans. PBMs negotiate with pharmaceutical companies, determining which drugs a plan will cover and how much patients will pay.

As one might expect, PBMs have incredible bargaining power. So manufacturers are happy to offer substantial discounts in exchange for placement on a plan’s formulary.

But patients rarely see these discounts at the pharmacy. Historically, PBMs have kept a portion of the rebates for themselves and passed the rest to their clients — the insurers -who use the funds to lower premiums. Their monthly insurance premiums may be lower, but these patients face high co-pays and co-insurance each time they visit the pharmacy. And since rebates are shrouded in secrecy, insurers usually tie a patient’s out-ofpocket responsibility to a drug’s list price, as if the discount never existed.

For chronic disease patients, those costs add up fast.

For instance, Part D beneﬁciaries who rely on a specialty hepatitis C drug called “Zepatier” face a median out-of-pocket cost of $2,600 per year if they don’t qualify for low-income subsidies. Those who rely on “Idhifa” to treat their leukemia spend more than $16,000 annually.

The Trump administration had a plan to help these patients. Its proposed rule would have eliminated rebates unless shared with patients at the point of sale. That would have led to lower pharmacy bills.

Consider how this would have helped the 7.5 million Americans living with diabetes. These patients require multiple vials of insulin each month to stay alive. Making rebates available at the pharmacy counter would’ve saved diabetes patients $3.7 billion annually, according to an analysis from my organization, the Partnership to Fight Chronic Disease. That’s around $800 per patient each year.

Critics of the rule objected that it would cause Part D premiums to rise. They were right — but only slightly. By one estimate, premiums were expected to increase a mere $6 per month.

Put another way, the reform would have dramatically reduced out-ofpocket costs for those who rely on prescription drugs to stay healthy -and hardly had an impact on those who are already healthy.

By abandoning its plan, the administration has preserved an unhealthy and expensive status quo.

Kenneth E. Thorpe is a professor of health policy at Emory University and chairman of the Partnership to Fight Chronic Disease.

Next post Trump speaks in DC conference about support of HBCU